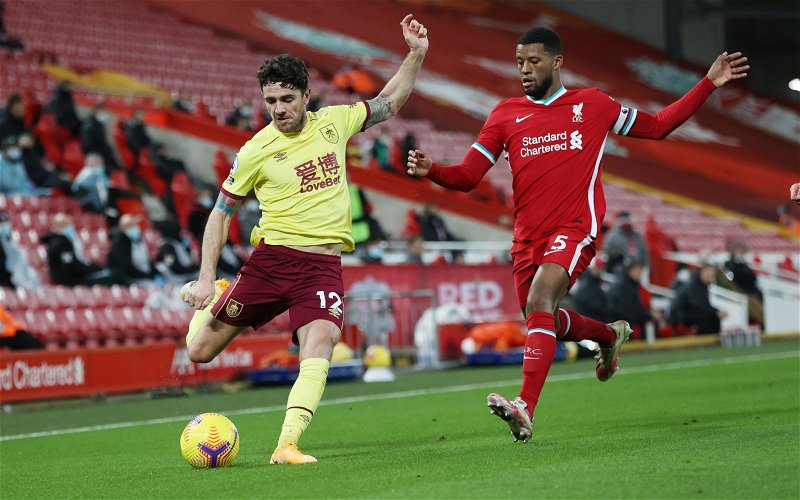 A score of Celtic fans have taken to Twitter to react to links and developments with winger Robbie Brady.

The Republic of Ireland international continues to find himself without a club following his release from Premier League side Burnley over the summer, but The Telegraph (via The Daily Record) has since claimed he is on the radar of Bournemouth.

Following the terrible news that attacker David Brooks is to receive treatment for cancer, Scott Parker is reportedly looking for short-term options to bolster his options.

That could potentially see the 29-year-old linking up with ex-Celtic man Ryan Christie who joined the Cherries over the summer.

Fans were split in their opinions over Brady, who has consistently been linked with a move to the Scottish Premiership giants.

What have some Celtic fans been saying in response to the news?

“Another one who would take 3 months to get up to speed.”

“Absolutely not. Is he any better than what’s there at the moment.”

“Absolutely. Wand of a left foot, would slot into the LB role perfectly n gives cover at LW as well. A bit of experience is always welcome too, think he’d be a great addition on a free”

“No. He’s useless. Mind you. No worse than we have”

“He’s a free agent for a reason”

Available without a transfer fee and able to be registered immediately, the finances of a deal could boast short-term merit in terms of plugging gaps at the squad.

Able to deputise as an attacking wing-back, he could help to plug a reliance on youth for depth in certain areas, including at left-back.