Celtic: Fans react to potential introduction of VAR to the Scottish Premiership

Celtic fans have been reacting to news that has come out surrounding VAR and its potential introduction to Scottish football.

VAR has certainly been a controversial issue in recent years across the football landscape. Having been praised for the role it played during the 2018 World Cup, it hasn’t been totally smooth sailing when it was brought down to club level, as last season in the English Premier League demonstrated.

Recent reports have suggested that the technology could be about to be introduced into the Scottish Premiership, with SPFL Chief Executive Neil Doncaster being quoted as saying that clubs are ‘overwhelmingly positive’ about the idea and that he hopes it will be ‘introduced as soon as is practicably possible’.

Frank McAvennie also touched on this recent update and suggested that such a potential huge change wouldn’t go down well, which seems to be the opposite of what these Celtic fans feel below.

Chris Sutton and an ex-referee have also had things to say on the topic but it remains to be seen as to when or if the SPFL will actually introduce it, despite positive comments.

The question surrounding VAR was put to Celtic fans via the Celtic Insider Facebook page for them to discuss with the question ‘Is this the right call?’, and it led to a number of interesting responses, with many of them seemingly in favour:

Do you want to see VAR in the Scottish Premiership? 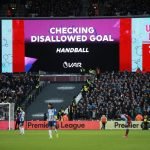 Although whether or not they’ll be in favour when a decision inevitably goes against them, we’ll just have to wait and see.

In other news: ‘Should never have signed’, ‘Get rid of him’- Lots of Celtic fans blast ‘waste of a wage’