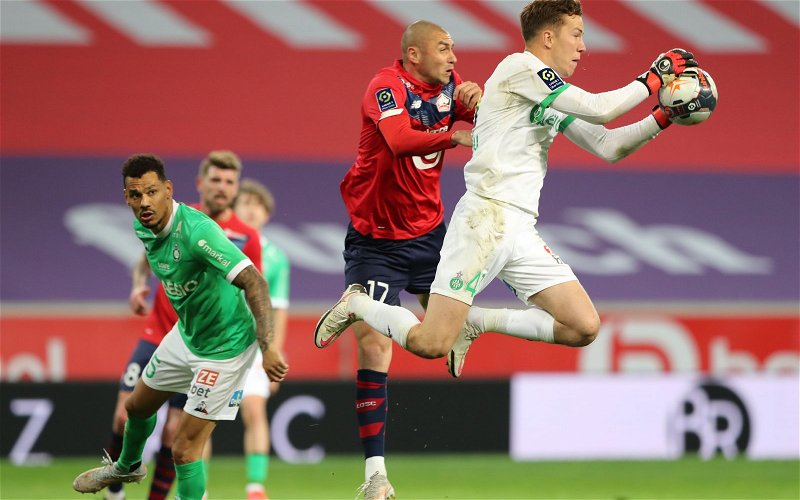 Ahead of the January transfer window, the club have been linked with St.Etienne and England U21 goalkeeper Etienne Green as Nuno Espirito Santo looks to strengthen his squad.

According to TEAMtalk, the north London club and Premier League rival West Ham are keeping tabs on the 21-year-old’s progress with Ligue 1 side Saint-Etienne, following his establishment as the club’s first-choice number one.

The 21-year-old was born in Essex, but at the age of four moved to France with his family and he has come through their footballing system – indeed he has played for Les Bleus at youth level.

Born in Essex, Green moved to France at the age of four with his family and he has come through St.Etienne’s footballing system – while also playing for Les Bleus at youth level.

However, earlier this year Green opted to switch allegiance to the Three Lions, featuring in England U21s’ 1-0 win over Andorra earlier this week, and has reportedly caught the interest of Premier League sides Tottenham and West Ham after a series of impressive displays in Ligue 1.

The links linking the north London club to the England U-21 international has subsequently seen Spurs fans take to Twitter.

“Good. Gollini will be going back to Italy”

“Seen a lot of him on BT. seems a top keeper”

“This would be quality”

“Give Lloris a contract, not recruit more kids (we have an academy for that)”

Tottenham are likely to bolster their goalkeeping options in the coming months, with long term first choice keeper Hugo Lloris currently set to be out of contract at the end of the campaign and Pierluigi Gollini due to return to Atalanta following the end of his loan spell in North London.

Spurs fans seem to be in agreement with Daniel Levy’s new transfer target.

In other news, Alasdair Gold has delivered a worrying update ahead of the clash against Newcastle…