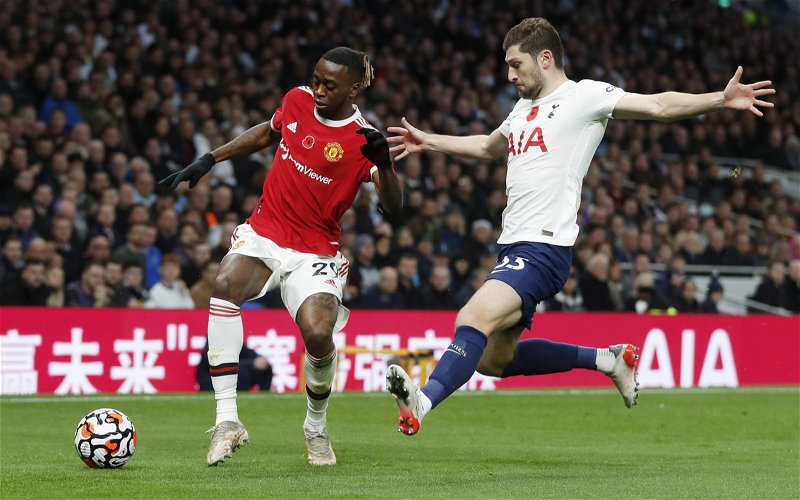 Lots of Spurs fans have taken to Twitter to slam Ben Davies’ display in the Premier League defeat against Manchester United.

Seeking a victory that would have seen them rise to fourth position in the table, the north London outfit fell to a disappointing 3-0 home defeat to Ole Gunnar Solskjaer’s Manchester United on Saturday evening courtesy of goals from Cristiano Ronaldo, Edinson Cavani and Marcus Rashford.

Davies, who came into the starting XI in place of Sergio Reguilon, endured a difficult afternoon for the Lilywhites, struggling to contain the likes of Bruno Fernandes, Edinson Cavani, Cristiano Ronaldo and full back opponent Aaron Wan Bissaka as Nuno’s side were resoundingly beaten by Solskjaer’s side.

And, after watching his performance, many Spurs fans took to Twitter to slam the former Swansea defender’s performance against the Red Devils

What did Spurs fans say about Davies’ performance vs Manchester United?

“Such a myth Ben Davies is consistent”

“No serious club would have Ben Davies still hanging around after 8 years of total and utter averageness on his best ever days. He started today vs Utd and sometimes he even captains the side. Yet people want champagne football”

“Just watched MOTD foolishly but wanted to see how bad we were. Insipid, lacklustre. Emotionless football. Special mention to Ben Davies – at fault for the first goal, played Rashford on for the 3rd and took the ball off Romero’s head when looking to draw us level. Terrible player”

@paul01251381
“Said it before the game. I say it again. Ben Davies is a championship player absolute donkey.”
@gerryconnolly3
“What about Ben Davies? You’re always banging on about how he’s good and now look, he’s a championship level player.”
@LittleCruyff

Is it too early to sack Nuno?

The defeat leaves Spurs in eight position in the table, with Nuno’s side looking to get their campaign back on track when they take on Rafa Benitez’s Everton side at Goodison Park next Sunday.

Elsewhere, Spurs fans were livid over this star’s first half display against United…