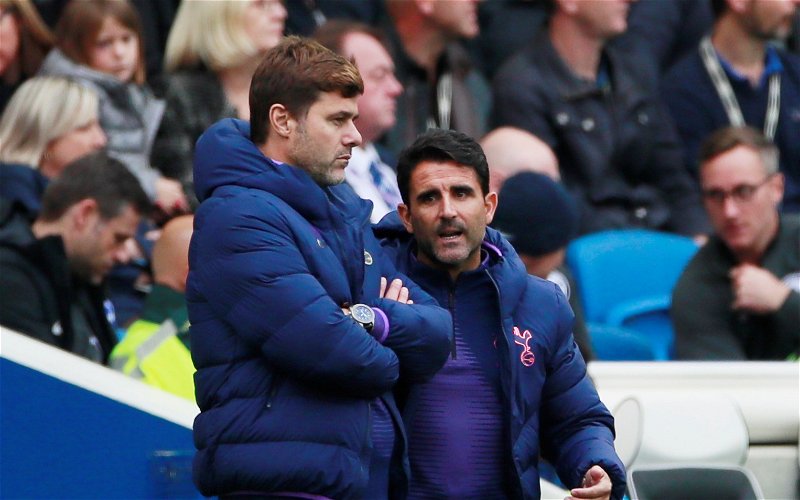 Many Tottenham Hotspur fans have reacted to Simon Jordan’s comments on talkSPORT about the club’s fall from grace since Mauricio Pochettino’s departure.

The former Crystal Palace owner talked about how the Lilywhites missed their window of opportunity to build on from their progress under Pochettino, and that their lack of investment over the past couple of years in particular has held them back.

He added that the level of success that Spurs enjoyed under Pochettino created heightened expectations about what the north London side could achieve, and that has now seen them field a team nowhere near those standards.

And after hearing Jordan’s comments, Spurs fans took to Twitter to voice their thoughts.

What did Spurs fans make of Simon Jordan’s comments on talkSPORT?

“Totally agree with everything said. So would that then be the time to sell up and see if new owners could take the club on the pitch in a new direction with more player investment so the squad matches infrastructure.”

“This. Saying it exactly how it is. Now Daniel levy has to deal with the conference matches to half filled stadiums knowing we’re nowhere near top 4”

“Thanks @Sjopinion10…. there’s not many in the media who tackle the issues with Levy and Enic in any type of thorough way without resorting to sensationalist tactics that tend to focus on Kane and Nuno and Poch etc. More mainstream outlets need to get on board”

“Yet again Jordan bang on.”

Given the kind of inauspicious start Nuno has made to life at Tottenham, it’s no surprise that Spurs fans wholeheartedly agree with what Jordan has had to say about the club.

Since Daniel Levy made that decision not to back Pochettino in the aftermath of that Champions League final defeat, the writing was basically on the wall for Spurs, and that’s been shown clearly.

Whether Nuno is the man to bring back the good times remains to be seen, and the early signs doesn’t suggest he will be. What Spurs would do to turn back the clocks and give Pochettino the tools he needed to work with a few years ago.

In other news, Spurs fans have urged Nuno to make this call…