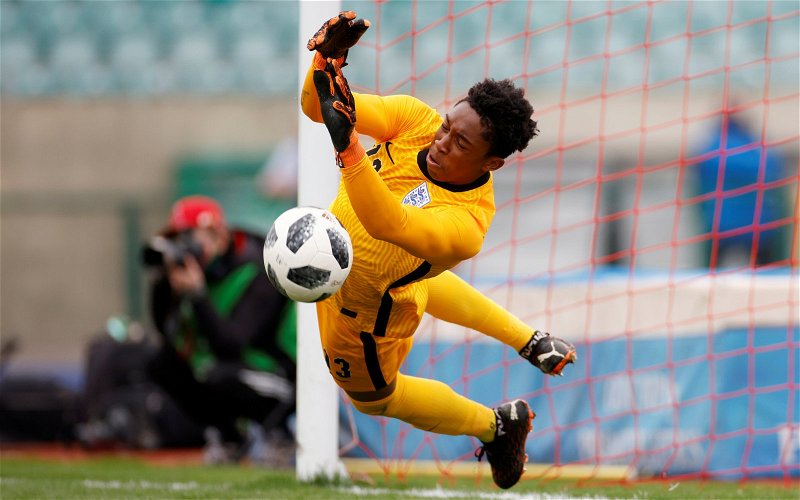 Former Spurs manager Jose Mourinho is considering a raid on his former club, with AS Roma linked with a move for young goalkeeper Joshua Oluwayemi.

According to The Evening Standard, the Portuguese rates Oluwayemi in extremely high regard, regularly including the 20 year-old in first-team training before his dismissal last season.

Oluwayemi, who is part of Nigeria’s senior squad, is out of contract at the end of the season and could sign a pre-contract agreement with an overseas club in January, with Mourinho keen on adding a new keeper to his squad to compete with the likes of Rui Patricio, Pietro Boer and Daniel Fuzato.

The links linking the Italian club to the Nigerian international has subsequently seen Spurs fans take to Twitter.

“We can’t hold onto the ball never mind young prospects, it’s about time we gave em a good chance and got rid of the deadwood”

@SimonPr62299496
“Mou knows quality”
@KevinSSquared
“Spurs always likes to boast that it focuses on promoting young talent. But we only ever seem to use young talent we buy, meanwhile our academy products go to waste”
@Stu_thfc
“We bought Gollini when we had this demon in our academy…”
@ThfcMohd
“No way Jose”
@justinleong13
“He’s a better keeper than Golini. Ngl I’ll be mad if we lose him”
@LukaszM_23
“NONONO DONT LET HIM GO TO JOSE”
@pahannas
“Just take Dele man”
@_thfctm
The former England youth international, who was raised in Essex and qualifies for Nigeria through family, is also attracting interest from Portuguese giants Benfica and a number of German clubs, including Stuttgart.
Comment on this article
Give us a feedback