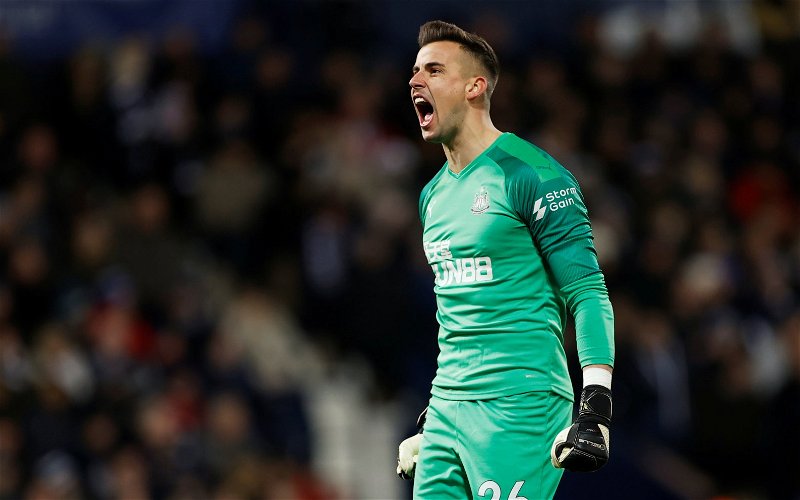 Newcastle United presenter Steve Wraith has given his view on the performance of goalkeeper Karl Darlow following the Toon’s latest Premier League game.

Steve Bruce’s men are still waiting for their first win of the season as they fell 2-1 to Wolves at Molineux on the weekend thanks to two goals from Hwang Hee-chan. Both of the South Korean’s goals were similar to each other, as he was played through by Raul Jimenez before firing across the body of the Newcastle United shot-stopper and into the net.

30-year-old Darlow didn’t have the best performance on the day overall, as he scored a 5.8/10 on WhoScored – the joint-lowest of any player on the pitch that day along with Javier Manquillo – and speaking about his performance on NUFC Matters, Wraith put the blame for both of the goals squarely at the feet of the goalkeeper, claiming that his method of trying to save the ball was all wrong:

“Karl Darlow, I think the goalkeeper should learn to dive, not do the splits and try and save balls that are going to go past you into the bottom corner.

“And it was the same goal twice, you should at least be able to dive to his left and his right if you’re a goalkeeper. I’ll never understand that. So I do hold him responsible for letting the goals in, he didn’t even attempt to save them.”

Should Darlow be dropped? 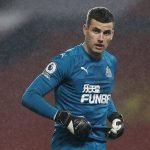 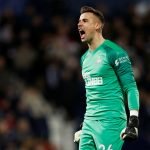 Wraith might perhaps be a little harsh when it comes to his analysis of Darlow here and his desire to stop shots with his feet, because the fact is that it’s simply become a part of being a modern goalkeeper, so in a sense, Darlow wasn’t really doing anything out of the ordinary or unorthodox when trying to prevent the South Korean from scoring.

There are other aspects of the goals that you could possibly put down as more important than Darlow’s attempts, such as the defenders losing Hwang’s run for the first goal and Federico Fernandez’s rather poor attempt at closing him down for the second.

But to blame Darlow for not diving when the shot was along the ground might be going a little bit too far when it comes to his analysis of the goals that the team conceded on the day.

In other news: ‘It was so glaring’ – MacDonald claims Steve Bruce ‘has something against’ NUFC player