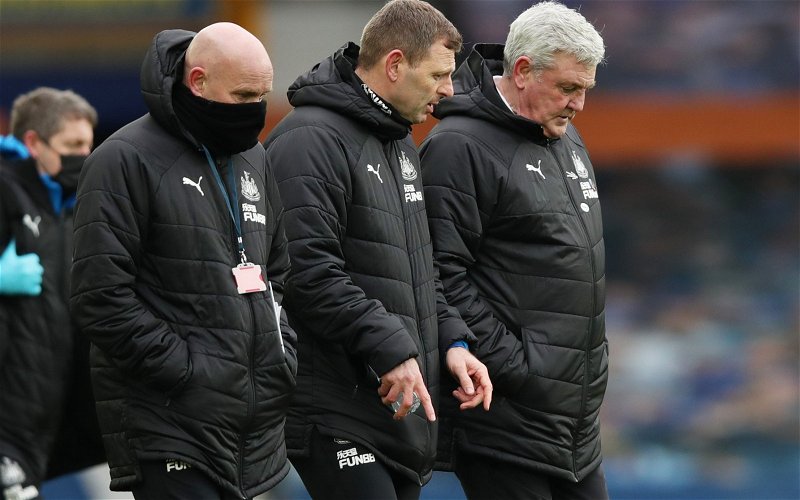 A host of Newcastle United fans have taken to Twitter to react to the potential sacking of Steve Bruce as the club looks to transition to a new era.

The links come following an update from The Telegraph that noted that Steve Bruce is still expected to be sacked, even if Newcastle win on Sunday against Tottenham.

The new board have been reluctant to pull the trigger on Bruce until a replacement is in place and are currently discussing appointing an ‘experienced interim manager’ as a result.

“Wouldn’t expect anything else, he does not fit the build for what new owners want to achieve, but in the position Toon are in its proving difficult to find a top tier manager, so interim seems best option, but again who could you get”

“Does anyone actually know that he’s expected to be sacked? So much of the media is saying it but how do they know?”

“There is no value in keeping him hanging around whatsoever. Would hate the sight of him in the dugout on Sunday. Begone Brucie.”

“Bring Keegan back for rest of the season.”

“Who cares if this first week has been complete and utter chaos man. They’ve taken over a club where the structure was Bruce < tea lady < Charnley < sports direct store manager < Ashley (via carrier pigeon). They need time to get a proper structure in place.”

The club clearly feel fresh managerial input is needed to lead the club into a new era, following a successful takeover of the club backed by Saudi investment.

Progress will not happen overnight, but the prospect of a new manager clearly excites portions of the fanbase who are keen to see Steve Bruce moved on in favour of alternatives.