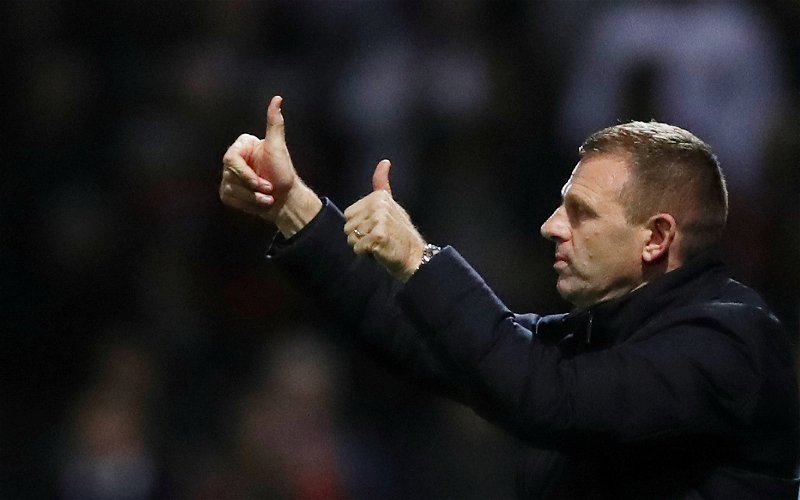 A score of Newcastle United fans have taken to Twitter to react to caretaker manager Graeme Jones making his managerial debut today.

Newcastle kick off the post-Steve Bruce era with a trip to south London to take on Patrick Vieira’s Crystal Palace in a 3pm kick-off, and many fans were talking about the fresh face in the dugout.

Bruce’s former no. 2 Jones, a boyhood Newcastle fan, has been appointed as manager on an interim basis and will oversee at least the next two games for Newcastle.

Jones has already undertaken a number of media duties as he introduces himself more intimately to his fellow fans.

Many Newcastle fans were curious as they took to social media to over their thought on him.

“Helped the gaffer tactically… should we be worried?”

“He can only help at the time, but it was Steve’s final word, now he has full control which will be a massive difference.”

“Not just saying it but you can tell within 5 mins that Jones is more a Newcastle fan and man than Bruce could ever claim to be.”

“Refreshing that there’s no dig at the fans.”

“Jesus, what a good interview. Every word he said was measured and passionate. Everything that Steve Bruce wasn’t. I’m actually starting to really look forward to seeing what he can do in the next 2 games”

“Wow. How well does he come across? If he gets a win soon and keeps us above 17th, I think I’d want him to keep the job for now. Considered. Honest. Interesting with actual content and very few cliches. And a Geordie.”

Palace are unbeaten at home this season with a commanding win over Spurs and impressive draws with the likes of Brentford and Leicester on top.

The Selhurst Park clash will be a real litmus test of what is to come under Jones’ short tenure, and fans will hope the feel-good optimism riding with the club can buoy the Mags to victory.