Exclusive: Palmer believes Wilson was a gamble for Newcastle due to injuries 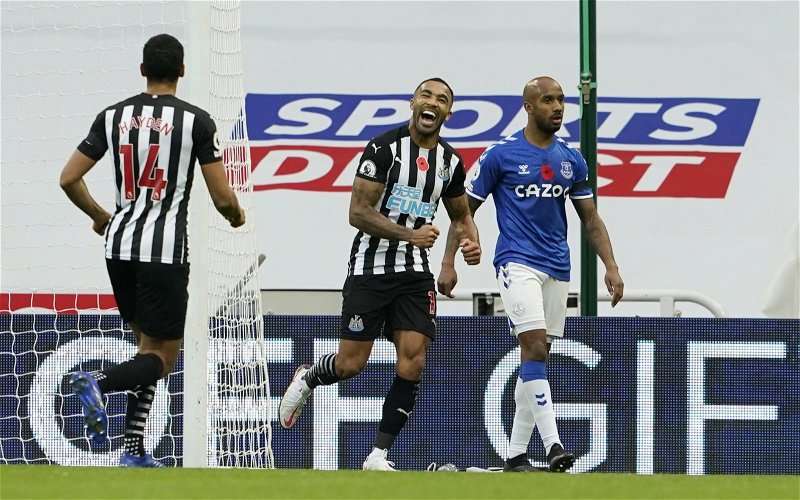 Wilson signed for Newcastle in September 2020, putting pen-to-paper on a contract until 2024 at St James’ Park.

The 29-year-old made a terrific start to life with the Magpies, as he scored 12 goals in the Premier League last term, which saw him tied eleventh in the leading goal scorers chart and Wilson also assisted a further five.

Wilson has scored two goals so far this season but has missed a few games due to injury, with Palmer believing the club gambled on the striker, telling This is Futbol: “Well, I think he gambled with Callum, I mean Callum scores goals and when is he is fit, he’s a very, very good player and he does score goals and he gambled because the last few years he has suffered with injuries.

“The problem is when you haven’t got the money, when you’re not in the market to spend twenty or thirty million pounds, you have to take those calculated gambles. Steve Bruce has done it with your big man Andy Carroll, you have to take those gambles with those players because you just don’t have the finances and you hope that you might get away with it for half a season or a season, that’s how it is you know.

“If it doesn’t work out you have to go back to the drawing board and see what you can do next, but when you’re in that position you have to take those calculated gambles.”

Wilson has plenty of Premier League experience having played 155 games combined for AFC Bournemouth and Newcastle, scoring 55 goals and providing 21 assists in the process.

With his goalscoring record, you would imagine that Wilson is going to be crucial for Newcastle this season and manager Steve Bruce will hope to have him back from injury as soon as possible.