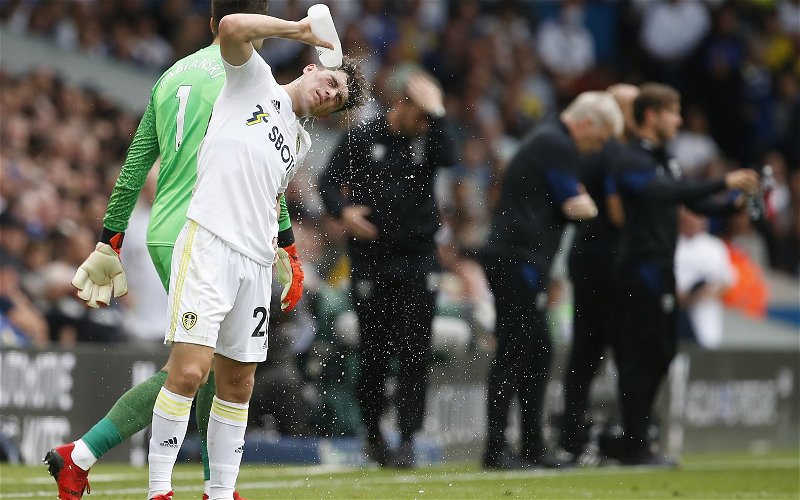 Many international football fans have been reacting to the performance of Dan James during Wales’ performance against Czech Republic in World Cup Qualifying.

Things were tight heading into the game with both sides on seven points in Group E, but with Wales having a game in hand.

And whilst Wales do have the benefit of having the play-offs to fall back on thanks to their performances in the most recent Nations League campaign, that doesn’t mean that they could afford to just sit back and relax as they took on the Czechs in Prague.

The game eventually finished 2-2, but one player who, at least according to the fans who were watching at home, didn’t seem to put in the best performance was the young Leeds winger, as despite managing to get on the scoresheet, came in for some rather fierce criticism online:

“Dan James is having a nightmare”

@philwil21312632
“Watching Dan James is painful at times”
@SeanMills6
“Dan James is so frustrating, could be a world beater final ball is so poor”
@dan_woodfine
“Dan James is the bane of my life”
@jaaamesp
“Dan James has 0 football braincells”
@_ccfcdan
“Some, if not most of Dan James’ decision-making is absolutely shocking.”
@craigyjones17

Have you been pleased with Dan James' performances so far?

With things as tight as they are in Group E, hopefully these performances don’t carry on for him through the rest of the qualifying campaign.

In other news: ‘The tables have changed’ – Journalist drops interesting team selection claim at LUFC