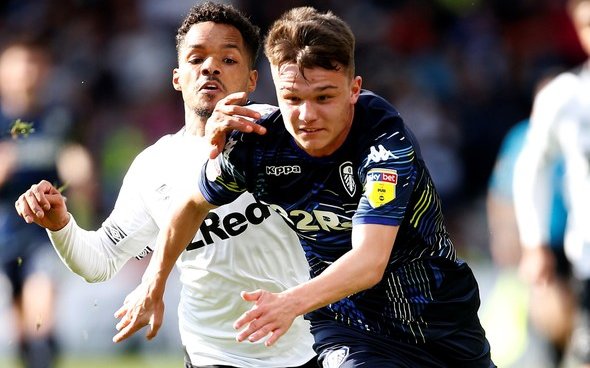 Leeds United fans have been reacting to the performance of Jamie Shackleton from this weekend’s game against Wolves.

Having been something of a fringe player in the past at Leeds United, more used to making appearances off the bench, things have changed this season as he has started and completed the last five games under Marcelo Bielsa in all competitions.

And he hasn’t just been there to make up the numbers during what has been a challenging period for the Leeds United first team, he’s been making a statement to make sure that he is part of the furniture moving forward.

His performance in their draw this weekend with Wolves was laid out in statistical form by the noted Twitter account @LUFCDATA, and it certainly provided some fans with plenty to enjoy, with many hoping that they’ll be seeing a lot more of him in the future:

“Shackleton Appreciation Post: Thought he was fantastic today as he is every game. Influential and thriving in that right back position. Finally been given a chance and oh how he’s stepped up! Well done Lad!”

@TotallyLeeds
“Jamie Shackleton is going to get better as his confidence builds. He’s got the tools.”
@LeedsJimAUS
“Dominant team in the first half despite being a goal down. We also have arguably the best player on the planet playing down our right flank, Jamie Shackleton. #MOT”
@MickyPKerr
“Incredibly consistent is Shack now”
@A_Stocks_
“Shack are a Premier League player. Easy.”
@ibmroald
“A real star should stay in the team has loads of energy could be our new Alioski just needs to start winding opposition up”
@talkingmonkeys0
“Has to stay in starting xi for me at RB”
@BenSchofield_
“Getting better with each game”
@AdamGre42160044

Having established himself during these past few weeks, it will be interesting to see if he’ll be able to hold onto his spot once the injury crisis as abated, or if Bielsa will have revert back to his regulars.