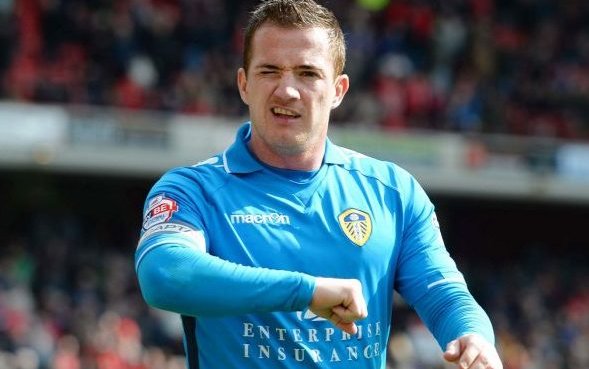 A collection of Leeds United fans have reacted with anger after Ross McCormack shared an image that showed he was visiting Elland Road.

Back in 2014, the former Scotland international left Leeds for Fulham under a bit of a dark cloud. Indeed, former owner Massimo Cellino alleged that the striker had forced his way out of the club after refusing to go on a pre-season tour with his team.

Will Leeds finish in the top half this season?

He ended up departing for a fee of around £11m, even though he had only signed a new four-year contract with United just the summer before.

The 35-year-old, who now plays for Aldershot Town, shared a picture of his former stadium online (via leedsunited_news) accompanied with some heart-eyes emojis.

It seems as if the club’s faithful have not quite forgiven him for his exit just yet, with many fans expressing their anger on Twitter.

“He must smell some money.”

@JBLUFC23
“Not after another improved contract is he??”
@DebsHLUFC
“Badge kisser.”
@chrisbadley
“He must kick himself every day for his decision to leave Leeds.”
@lufcThommo
“There weren’t any “love hearts” when he handed in a transfer request and jumped ship to Fulham for his 30 pieces of silver. Lazy, waste of space…”
@DiscipleElland
“Is he looking for a contract?”
@TariqJabbar80
Taking his history into account, it seems as if these Leeds fans are sceptical of just how genuine McCormack’s show of love for their club is.

Despite the perceived betrayal, the striker had once been a key man for United. He scored 58 goals and claimed a further 31 assists in 157 appearances for his former side.

Perhaps this is why his departure hurt so much for the club’s supporters.