Leeds United: Conor McGilligan suggests Stuart Dallas ‘needs to be taken out of the firing line’

Journalist Conor McGilligan has claimed that Leeds United man Stuart Dallas ‘needs to be taken out of the firing line’.

Earlier on in the season, manager Marcelo Bielsa spoke about the Northern Ireland international’s struggles this season. He claimed during a recent press conference (via HITC): “His performances have not been at the same level as last year. But there are reasons to understand why it’s not that way.”

In the previous campaign, Dallas had set high standards for himself, scoring eight goals and claiming two assists as he played in every single Premier League match for his club. This season, he is yet to score as Leeds have struggled to find much early-season form.

While talking about the drop in form undergone by Dallas on his YouTube channel, McGilligan suggested the best way to get the midfielder playing well again would be to take him out of the team for a bit.

He said: “There’s off-the-field issues, as [has] been reported with Stuart Dallas, but on the field, that’s clearly affecting him.

“I think he’s been poor, I think he needs to be taken out of the firing line, even though it was a good performance from him at the weekend.”

In fairness to Dallas, he has probably not been helped by the fact that, as a whole, his side have struggled to get going this season. Indeed, their win last weekend over Watford was the first time they have picked up all three points in the league so far this term – although, having played in all seven of those games so far, Dallas must take some responsibility for his side’s slow start.

Will Stuart Dallas have a good season for Leeds? 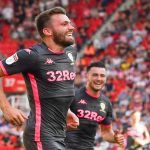 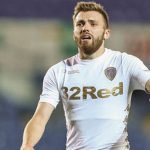 Even still, the 30-year-old pulled out of a Northern Ireland World Cup qualifier last September due to reported ‘personal reasons’, and so this should also be considered when discussing the player’s form.

If he is still having issues off the field, then McGilligan is probably right to suggest that some time out of the Leeds team could benefit all involved.