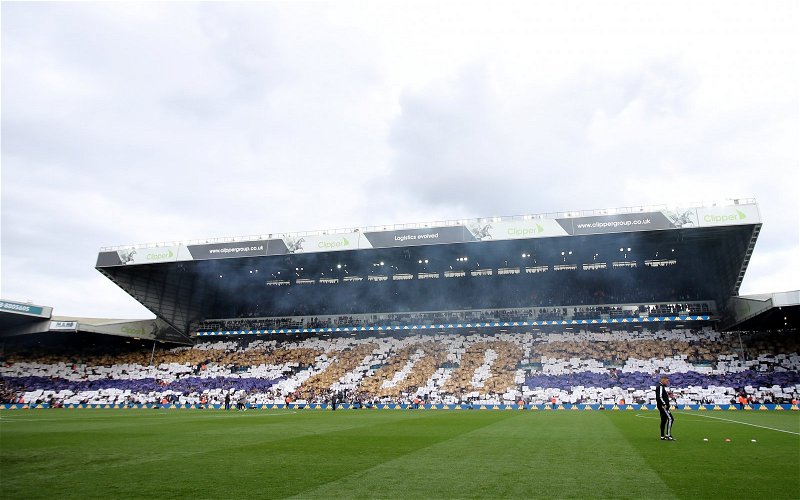 Former Leeds United midfielder David Norris believes that expanding Elland Road to 55,000 would be great for the club.

Leeds are in their second season back in the top flight of English football and having enjoyed a successful first campaign back on the pitch where they finished ninth in the Premier League table, it looks like things are going to improve off it also.

With the current capacity of Elland Road at 37,792, making it the 11th largest stadium in the Premier League, the club have got plans to expand the capacity.

Leeds City Council’s director of city development recently said (via Leeds Live): “Following the promotion of LUFC to the Premier League and the club securing investment from the San Francisco 49ers’, the club have reviewed their stadium development ambitions and want to preserve their ability to deliver an expanded 55,000-seater stadium at Elland Road, as opposed to a 50,000-seat capacity previously agreed.”

Does Elland Road have one of the best atmospheres in the Premier League?

Former player Norris believes that the expansion will be good for the club telling This is Futbol: “It would be great for the club, for the team and commercially it would make sense and to be fair it’s quite an old stadium so maybe a redevelopment of parts of it anyway would be good all-round.”

The Leeds supporters create a brilliant atmosphere during games at Elland Road, as well as on the road at away games and following their Carabao Cup fixture against Leeds, Crewe Alexandra boss Dave Artell was full of praise for the fans, telling the Yorkshire Evening Post: “You go into an atmosphere which is magnificent. You can see why this historic football club and their fans are held in such high regard up and down the country.”