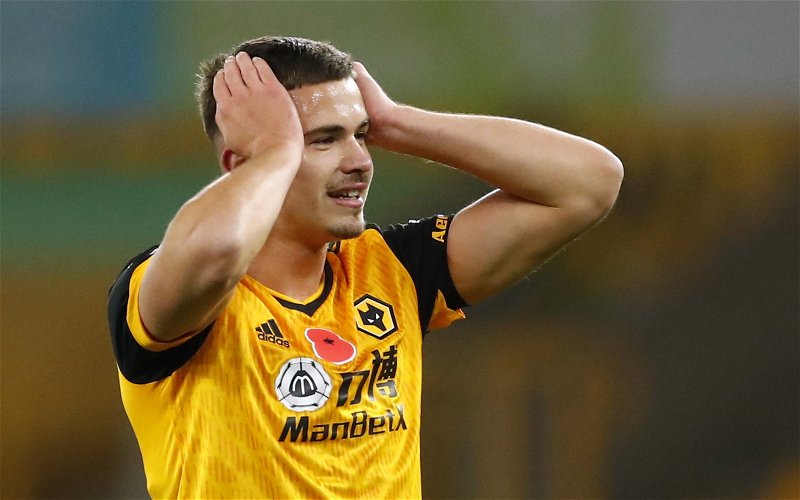 A number of Leeds United fans have slammed Wolves man Leander Dendoncker for some comments he made after the match between the two sides.

In their most recent Premier League outing, the teams had to settle for a 1-1 draw at Elland Road thanks to goals from Hwang Hee-chan and Rodrigo.

Wolves had been ahead up until the dying embers of the game when Leeds substitute Joe Gelhardt managed to win his side a penalty which was converted in the 94th minute.

Now speaking after the game, Dendoncker has claimed the challenge that led to the decisive moment – made by teammate Nelson Semedo – was not enough to warrant a foul.

Do you think it was a foul on Joe Gelhardt? 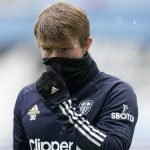 As quoted by the Yorkshire Evening Post, he said: “I didn’t think it was a penalty, I think he barely touched him.”

The opinion was shared online and it soon had many Leeds supporters up in arms.

Here’s what the Leeds fans said

“Leander Denploncker with the expert analysis.”

@upsanddowns1919
“What a delusional fella. They controlled us my throwing themselves on the floor and stopping the game every time we attacked. Or when Romain Saiss almost snapped Raphas ankle in 2?”
@LJenko85
“Think they should both be tested for recreational substance use. It was a clear pen. They also should have had a clear red. Their timewasting was embarrassing and unprofessional.”
@aclr1972
“Moaning about last-minute goal against them. Weren’t moaning last week against Villa, the irony.”
@gnscloz
“They were a disgrace. They have dangerous players, yet they came to a team that’s been struggling and they played like a lower league team in the cup. They had no interest in getting a second goal. How is that being in control?”
@FactPhil
“So he’s saying he barely touched him yet he hasn’t seen it. Honestly what an idiot.”
@billyboy1984
“If he hasn’t seen the images yet, how can he say “he barely touched him”? The view from the side clearly shows Semedo putting his arms out to shove Joffy sideways, and the fact he ended up falling on top of him only confirms that the shove had force behind it.”
@LordFrivolous

While many supporters may well have hoped for all three points in the home game, they would have surely celebrated the award of the late penalty and the consequent point gained from it.

The draw helps put some breathing space between Leeds and the relation zone as they are now three points ahead of 18th placed Burnely on the league table.

In other news: ‘We kind of saw’ – Journalist drops ‘encouraging’ verdict on ‘dressing room leader’ at Leeds