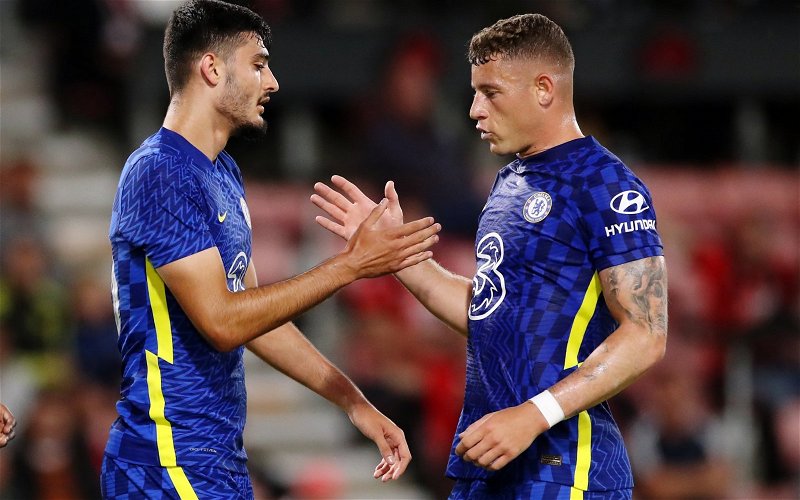 Former Everton defender Michael Ball doesn’t believe that Ross Barkley has developed into the player people thought he was going to become.

Since joining Chelsea Barkley has featured 89 times for the Blues, scoring eleven goals and providing a further eleven assists and has also had a loan spell at Aston Villa where he made 24 appearances and scored three goals and registered one assist.

“He seemed to have everything and his decision making in the final areas seem to let him down when he was at Everton and you just hoped that when he went to Chelsea, with the better players around him, better coaches, that he’d be able to up his game a little bit.”

Chelsea boss Thomas Tuchel was full of praise for Barkley in the Blues’ recent victory against Southampton, telling the club’s official website after the game: “I’m also happy for Ross, who came on did what he had to do. He played a fantastic pass for Azpi in the build-up, he won some free-kicks, and he did well in an open game. He found some spaces, he plays with a good energy and his delivery was excellence.”

Despite only featuring three times so far this season, after recent praise from his manager could Barkley have played his way into the manager’s thinking and post international-break be starting games for Chelsea?