Former Premier League star Carlton Palmer believes that Patrick Vieira’s connection with Arsenal could see them sign Alexandre Lacazette in the summer, although he accepts that a deal is unlikely.

90min has reported that Palace are among a number of clubs keeping tabs on the France international as his contract runs down at the Emirates Stadium.

Lacazette will be available on a free transfer in the summer if he does not commit his future to the Gunners. 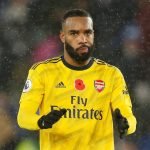 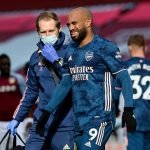 Vieira, of course, is an Arsenal legend and could well look to lean on his connections with the club in order to strike a deal with his countryman.

Lacazette is reported to earn just over £180,000 at the club, a wage that is far in excess of Palace’s highest earner, who is Wilfried Zaha. Zaha earns £130,000-per-week.

As a result, Palmer doubts that a deal will be possible for the club but he has refused to rule it out given the man in the dugout at Selhurst Park.