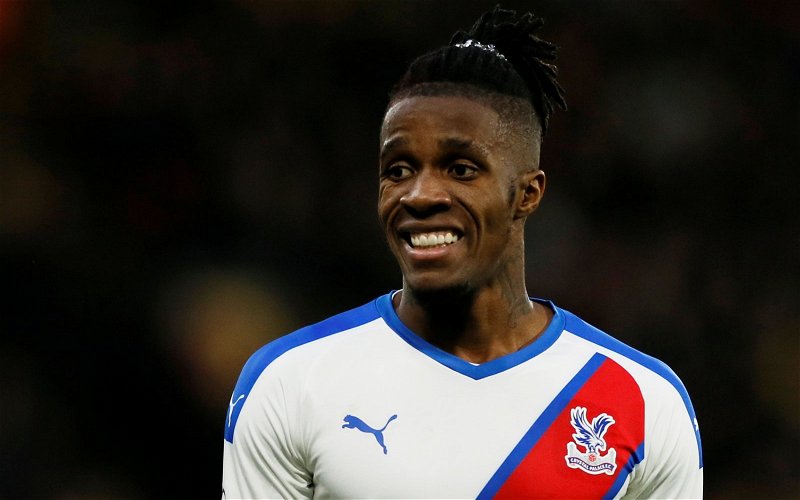 The Ivorian winger has previously been linked with a move to St. James’ Park, and now that the club have been given some more spending power after being taken over by the richest owners in world football following years under the penny-pinching Mike Ashley, a move is arguably more likely to be on the cards if Newcastle wish to renew their interest in him.

And speaking about a potential move on TalkSport, Bright claimed that whilst Zaha has been incredibly important to the Eagles over the years, a move from Selhurst Park to St. James’ Park might end up making sense for both clubs as well as the player himself:

“Yes, I’d like to see him play Champions League football. But, he’s been sensational for us. If you’re a Palace fan, you just know, he’s single-handedly at times won us games and gained us points and people fear him.

“So he’s been our talisman, he’s been fantastic. So you’d like it to be a happy ending for everybody. The club get a fee that they are happy with, the player gets the move he’s happy with and then we can move on and try and replace or get other younger players in to take his place.

“That’d be the ideal scenario. But he’s at the club, I suppose when it comes to November, December, everyone will start talking again and the noises will come out, as they do from football clubs, of players they’re possibly looking to sign.”

It certainly does sound like a promising proposition from Bright, and if Palace play their cards right, then it could certainly be beneficial to them.

Given how much money Newcastle have at their disposal, with reports suggesting they could have as much as £190m to spend, and that at the age of 28 and coming off a season where he returned double digits, Zaha is still at a good age where he can command a decent fee from any club looking to buy him.

The club have previously valued him at £80m, a fee that Newcastle could certainly afford now, and that money would go a long way to help Palace as they continue their rebuild. Having spent £66.09m this past summer (via Transfermarkt), they could effectively pay off those transfer fees and still have money to reinvest further.