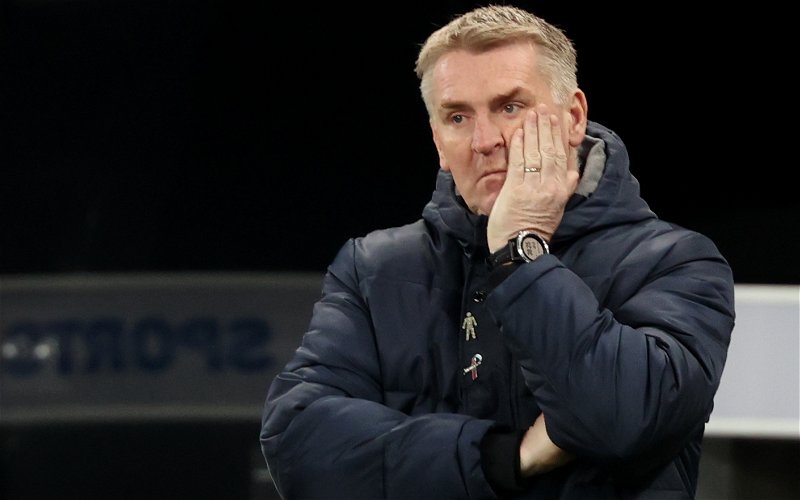 Former Premier League midfielder Carlton Palmer has told This Is Futbol that he cannot get his head around some Aston Villa fans calling for Dean Smith to be sacked.

Villa were poor last time out, going three goals down against Arsenal before eventually pulling one back in a 3-1 defeat at the Emirates.

They also completely collapsed in a 3-2 loss to Midlands rivals Wolves in the game prior, surrendering a 2-0 lead.

Should Smith be sacked?

It makes it hardly surprising that some supporters are frustrated right now. However, for Palmer, calling for Smith to go is madness.

“I’ve heard some Villa fans calling for Dean Smith to go,” the ex-Leeds United and Southampton player said to TIF. “I just can’t get my head around that one. I mean, the man’s done an absolutely fantastic job at Aston Villa.

“You’ve just got to be realistic. Last season, they finished 11th and they had Jack Grealish. They haven’t got Jack Grealish now. So, you know, where realistically do they fit into the Premier League? It’s halfway in the league as far as I’m concerned.”

Villa have managed to pick up a few wins in the Premier League so far this season and have a bunch of new signings that need to be given time to settle and gel. With that in mind, there is probably no reason for fans to hit the panic button yet and demand a change in the dugout.