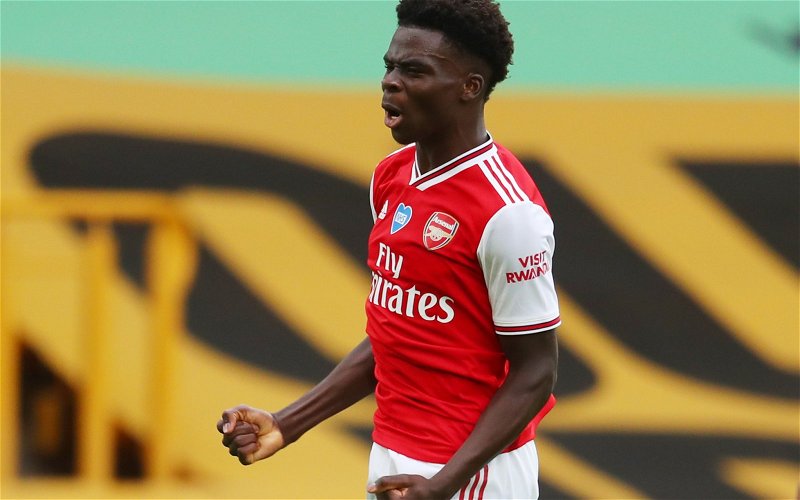 Arsenal journalist Charles Watts has claimed that ‘the next step’ in youngster Bukayo Saka’s development is to score more goals.

While away on international duty with the Three Lions, Saka scored in England’s 5-0 win over Andorra. The strike meant Saka is the youngest player to score in consecutive appearances for the side since Wayne Rooney in 2004.

However, in the eyes of Watts, his goalscoring prowess is one area he ‘needs to add’ to his game if he wants to reach a new level.

While speaking on his YouTube channel, the journalist explained his feelings, saying: “I don’t think he’s started the season particularly well, Saka. Had some sort of mixed performances, but the fact he’s averaging one goal every three games is a bit of a boost for Arsenal.

“And hopefully that’s going to continue throughout the season, and then he can get himself up to around the 10-goal mark by the end of the season, maybe even more.

“And if he does that, then that’ll be a big, big improvement and that will be the next step in Saka’s development, because we know what a quality player he is, but he needs to add goals to his game.”

Saka has certainly proven himself to be one of his nation’s most exciting players over the past 12 months. Gareth Southgate’s use of him at Euro 2020 is a testament to that.

However, it could be reasoned that he could do with adding a few more goals to his game if he really wants to become one of the best wingers in the world – after all, he has just seven goals in 66 league games. 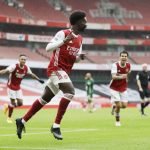 One goal in seven Premier League outings so far once again suggests he has much to improve on when it comes to that area of the game. Still, with England, he has three goals in 13 games and a further three assists.

The talent is clearly there, and Saka is still so young. No doubt he’ll be setting himself a similar target to what Watts suggests.

In other news: ‘As the market opens’ – Charles Watts pleads with Arsenal to do ‘essential thing’