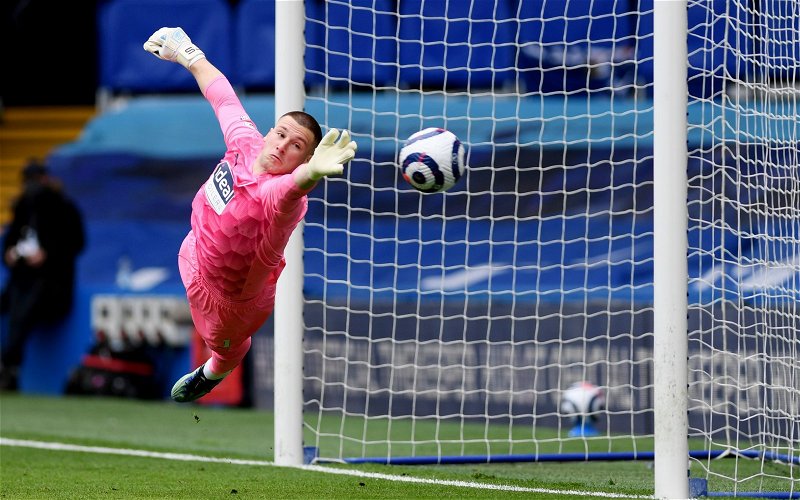 Joseph Masi has been speaking about Sam Johnstone’s future and the interest Premier League clubs have in him on the Baggies Broadcast podcast.

Johnstone missed the opening game of the Championship season but has featured in every league game since, managing to keep four clean sheets in that time, and despite now plying his trade in England’s second tier, he’s still clearly favoured by Gareth Southgate to someone like Nick Pope as Johnstone is currently with the Three Lions.

The West Brom number one earned his third cap for England when he faced Andorra on Saturday evening, racking up his third clean sheet and also managed to register an assist. His consistent performances for both club and country have attracted recent interest from Premier League outfit Southampton, who reportedly want to sign a ‘keeper in January to challenge Alex McCarthy.

Masi has been speaking about these rumours linking Johnstone to Southampton.

“The question with Sam Johnstone that everyone wants to know is about his future, isn’t it? So that’s only going to increase speculation about his future we saw over the weekend immediately following that game [England vs Andorra] on Sunday, stories [had] come out saying Southampton had joined the race to sign him.

“I’m following those up to see if we can get anything more concrete on that, but it’s probably true, isn’t it? Sam Johnstone is going to have multiple suitors, he’s getting better and better and better.”

Despite only having one season of Premier League experience under his belt, a whole host of top-flight clubs reportedly have or have held an interest in Johnstone this calendar year, but the fact that West Ham did not return for a second bid over the summer after their £6 million one was rejected may signal that some clubs still want to see some more from the England international.

For those clubs that are looking at Johnstone, the best news for them is that he’s out of contract in the summer, and with no sign of him penning a new deal while Albion are in the Championship, they could potentially get him for less than the £6 million West Ham offered in the summer – or even hold out and snap him up as a free agent at the end of the season.

In other news: ‘I was a very big fan’ – Presenter questions decision made by WBA man