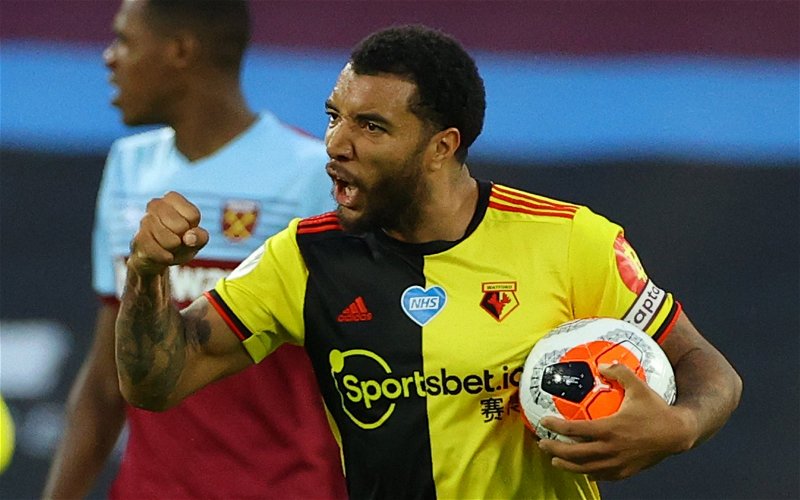 Joseph Masi has revealed on the Baggies Broadcast podcast how close Troy Deeney was to joining West Brom over the summer.

The Baggies went on an impressive unbeaten run in the Championship to kick off Valerien Ismael’s tenure, which included big victories against Sheffield United and Cardiff City – although a 1-0 defeat away to Stoke City has put an early dent in their title-winning aspirations.

West Brom’s top scorer is currently Karlan Grant with four league goals, although Callum Robinson is in a rich vein of form having netted five in two games over the international break, so goals may not be a problem for the Baggies, although they were interested in signing the Birmingham City striker.

Masi discussed how the Baggies have previously tried to sign Deeney on numerous occasions, including under Ismael.

“Throw in the Troy Deeney factor, which is really, really interesting. So I was told over the summer, Deeney was on the list; he was under consideration this summer for Albion, some contact told me that. I don’t think that was ever really close now in hindsight, but Deeney did say last week, I think, that he was twice close to joining Albion.

“Once, quite a couple of years ago when they were in the Premier League, and then, of course, the one we all know about was under Slaven Bilic. I knew he came to the training ground, I knew he actually had a tour of the training ground and was basically prepped to sign.

“My understanding was he was always told you are backup to Karlan Grant if we do not get him, but he was given a tour of the training ground ready just so if Albion weren’t able to do a deal for Grant, they could press the green button and Deeney will be done very, very quickly.”

The former Watford striker is a well-known big Birmingham fan, so if he did move across the city and join rivals West Brom, it may not have gone down well with either of the club’s respective fans, but given how little he’s featured so far under Lee Bowyer, it may well have been a bullet dodged.

As Masi spoke about, Deeney was seen as a backup option to Grant, who despite his struggles in the Premier League when he was brought in from Huddersfield Town, appears to have found his feet in England’s second tier.