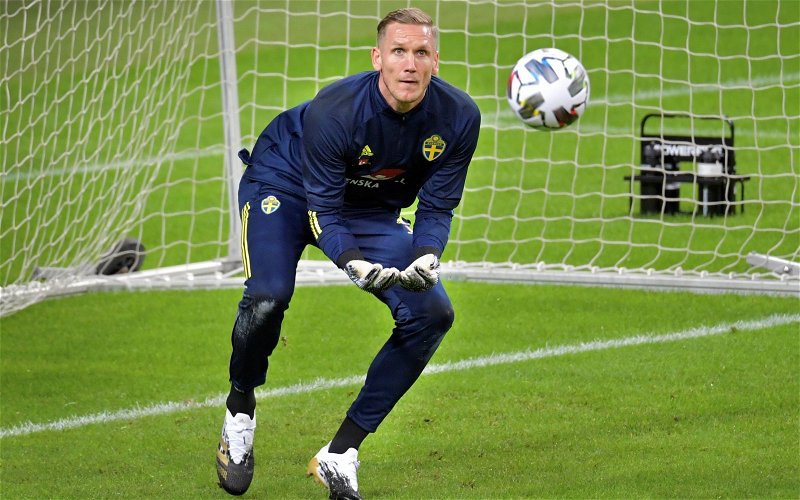 Sheffield United fans have been reacting to footage that has emerged of goalkeeper Robin Olsen whilst on international duty.

Olsen was on duty for his native Sweden last night as they played Greece in a World Cup qualifying game, and he was on the right side of a 2-0 scoreline in Stockholm.

Not only was he useful at the back, making three saves on the night to keep the Greeks at bay, but he also played a hand in attack as well, providing an assist for Alexander Isak as he scored Sweden’s second of the evening.

Footage of the goal, and Olsen’s assist, was shared by the club’s official Twitter account for fans to react to, and it’s fair to say that there were a number of fans who were left rather impressed by what they saw:

“Needs to do that for United”

Olsen hasn’t registered an assist yet during his senior career at club level, but now that he’s got one for his country, perhaps it’s something that he can look to add to his game for Sheffield United as some of those fans suggested.