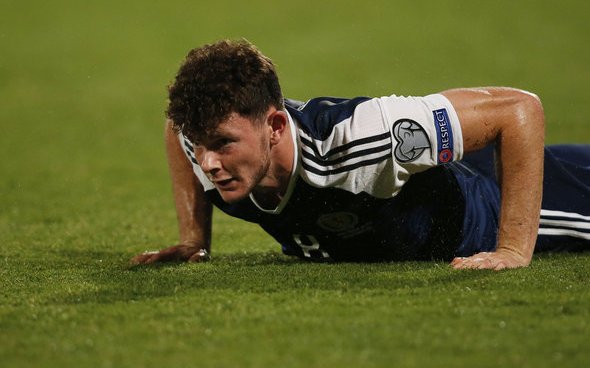 A number of Sheffield United fans have been left buzzing after a report emerged which linked Oli Burke with a move away from the club.

According to a report in Football League World, the Blades forward is set to be targetted by both Middlesbrough and Blackburn Rovers when the January transfer market opens.

The article explains that the two clubs took an interest in Burke during the closing stages of the summer transfer window but failed to complete any kind of deal.

The Bladesman shared this information on their Twitter feed and it soon drew a series of excited responses from the club’s fanbase.

@ryypgoodwin
“Can’t we send him now. I’d be happy with an IUO or a credit note. Or maybe, we pay them to take him?”
@harrymills78
“Absolute garbage. Whatever he’s paying his agent he should triple it.”
@JasonKinder38

Judging from these responses, a fair selection of United fans don’t look as though they’d be too sad to see Burke leave.

The Scottish winger signed a three-year deal with the club only last year, arriving from West Bromwich Albion in a swap deal that saw Callum Robinson go in the other direction.

However, things have not worked out particularly well for Burke in the time since. In 34 appearances for his side, the 24-year-old has produced just two goals and one assist – hardly prolific figures for an attacking player.

It’s likely those poor statistics are why many Blades fans seem content to have their man linked with a move elsewhere.