A lot of Leeds United fans have taken to Twitter to voice their thoughts at a tweet to emerge regarding one of the club’s young players out on loan.

Would you like to see Bogusz recalled in January? 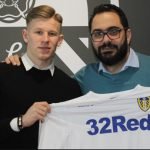 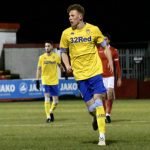 In the Polish midfielder’s four appearances in the Spanish second-tier, Bogusz has been able to find the back of the net on two occasions and provide an assist (via Transfermarkt).

Leeds fans flocked to the tweet from the unofficial Leeds academy account to share their thoughts at the impressive start to life in Spain the 20-year-old has made.

“One of young guns smashing it out there in Spain already”

@Chris1Bairstow
“Get him back, he’ll do better than Rodrigo in the CAM role”
@BLayerofficial
“Bring him back”
@lewis__lufc
“Baffled as to why he hasnt been given a chance in the No10 role here. Knows where the goal is”
@AzzaLufc
“Bring him back in January.. He can help us as a sub initially and then he can be a starter”
@vlado_alex
“Bro we need him so bad”
@JoshuwaLUFC

The Whites have not had a great start to the Premier League campaign with just two points from their opening four games which sees Marcelo Bielsa’s side slumped down in 17th spot in the table.

Despite the youngster having only ever made three appearances for the Leeds first team, it is apparent from the replies that these fans would welcome him back from his loan deal.