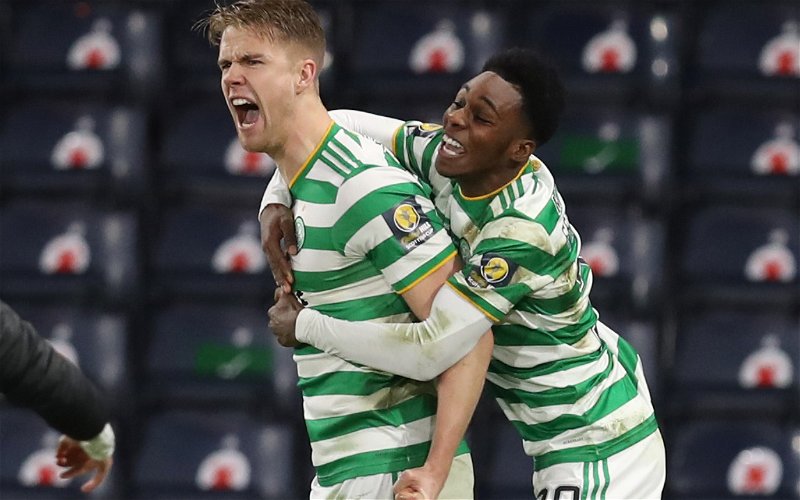 A lot of Celtic fans have flocked to a tweet from the club’s official account to share their thoughts on the latest clothing range to be released.

On Wednesday, the Bhoys released their latest range of clothing with club partner Adidas, branded as the ‘House of Tiro EQT Range’.

Will Celtic make it into the EL knockout stages?

After their opening five games of the new Scottish Premiership campaign, the Hoops sit fifth in the table following a 3-0 win over Ross County on the weekend at Parkhead.

Celtic fans flooded to the tweet from the club account to share their thoughts on the latest clothing range released ahead of their opening Europa League clash against Real Betis.

@bras68
“I think you’ll find yer auld da will be cutting about in that zipper! Stunning!!!”
@DynamiteBar
“Unreal”
@larssons_chip
“My god almighty”
@Dunga___
“STOP MAKING ME SPEND MONEY I DONT HAVE”
@_amylee_mains_
“Take me money”
@chazzaa88
“Love that”
@harp_wild

The Bhoys turn their focus back to league matters after their European clash with an away trip to Livingston on Sunday against David Martindale’s bottom of the league side.

Although the club’s focus will be on the upcoming trip to Spain, it seems their latest clothing items released has gone down well with the fans.