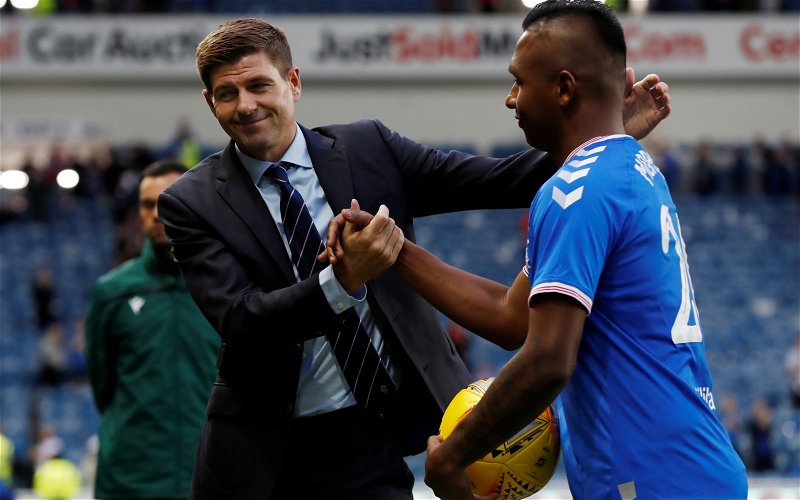 The striker confirmed after the summer transfer window that he was disappointed not to earn a move away from the club and claimed that he would still be open to an exit from Ibrox in the future.

Morelos has been with the Scottish club since 2017 and has made a total of 193 appearances for the club, scoring 98 goals and registering 44 assists.

Will Morelos leave next summer?

Morelos played a key role last season as Steven Gerrard’s side went unbeaten and won the title, as he scored 17 goals and laid on 13 assists in 44 games.

This season, he has somewhat struggled, scoring four goals in 12 games, and Ball insists that while he will move on in the future, he maintains that he needs to become the key player at Ibrox.

The ex-Rangers star, who played for the club between 2001 and 2005 and won the Scottish Premier League in 2004/05, said: “We know he will move on in the future, Rangers will want to capitalise on a good fee for him but it’s down to him, he’s got to be the key player week in and week out.”