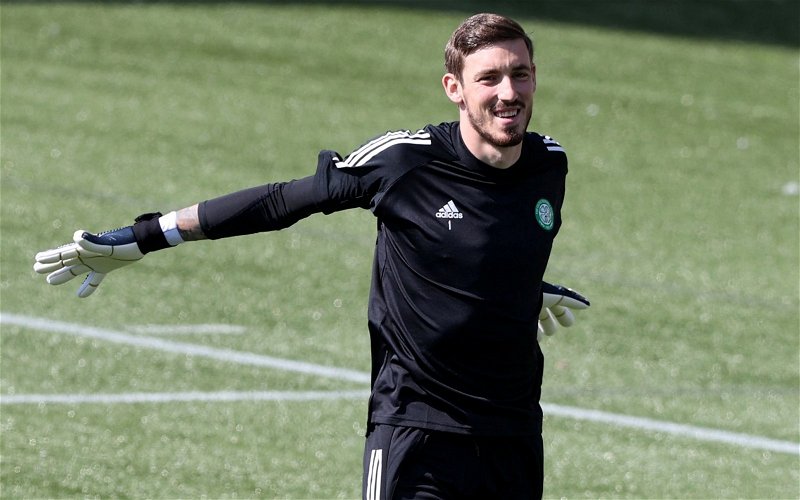 Sky Sports journalist Anthony Joseph has been sharing some details regarding Celtic goalkeeper Vasilis Barkas, his current situation and his future at the Parkhead club.

This comes after Joseph made an appearance on a recent edition of The Celtic Exchange Podcast, where he spoke about a range of topics concerning Ange Postecoglou’s side.

Barkas has had an underwhelming time at Parkhead since his move last summer, with the Greek international failing to nail down a starting place in what was a tricky campaign.

On the topic of the recent summer transfer window that saw Celtic sign shot-stopper Joe Hart from Tottenham Hotspur, Joseph was asked whether or not there was any interest from other clubs for Barkas throughout the window.

In response, Joseph had this to say on the matter.

He said: “I do know there were reports in Greece that there were a few Greek clubs who were interested in him, but I don’t think he sees his future back in Greece.

“I think he wants to try and stay at Celtic and stake a claim, if not move to another big club across Europe.”

Given how Hart has now made eight appearances for Celtic since his arrival, it’s safe to say that he is now the club’s first-choice goalkeeper ahead of Barkas.

Do you think Celtic should get rid of Barkas?

As well as this, with the Englishman managing to keep four clean sheets in the process, it does seem unlikely that Barkas will be able to get a consistent run of games anytime soon.

Taking this into account, it would be understandable if Barkas, who is currently valued at £2.52 million according to Transfermarkt, were thinking about leaving the club to be a regular player elsewhere.

However, with Joseph suggesting that the 27-year-old would be willing to stay at the club and stake his claim there, he will have to make sure he impresses during any opportunity he gets to play this season in order for that to happen.

In other news: ‘No way’, ‘You’re having a laugh’ – Many Celtic fans fume as ‘ridiculous’ claim emerges