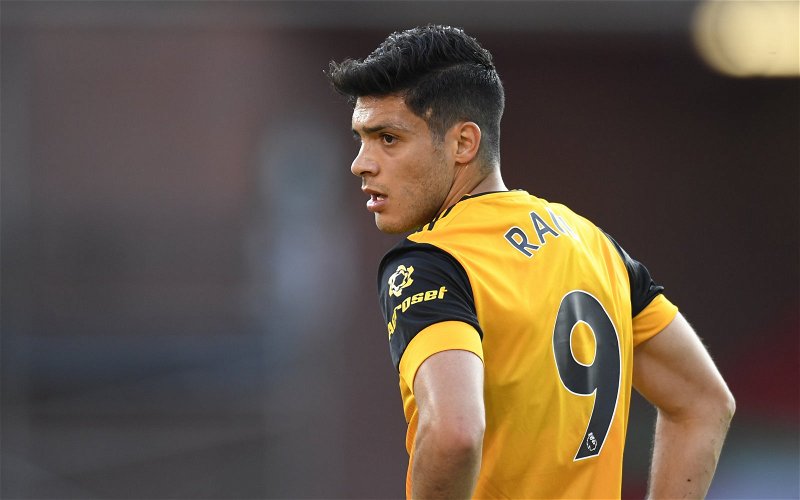 Podcaster Tom Parker has refused to rule out Raul Jimenez getting back to his best form on the Talking Wolves podcast.

Jimenez has started in every league game for Wolves this season while wearing a protective headband after he fractured his skull against Arsenal in November last year, which saw him miss the rest of the campaign, although he did still finish as the club’s joint-second top scorer.

Are you concerned by Wolves' start to the season?

This season has been a difficult one for both Jimenez and Wolves as they have only scored two goals in the Premier League, with their first of the season being a Watford own goal.

Despite this, Jimenez has tried his luck 14 times, which is the 10th-most in the entire league (FBRef), so it’s seemingly getting that sharpness in front of goal back that is eluding him.

Parker backed Jimenez to come good once again for Wolves.

“When you’re out for a year, it’s not as easy as snapping your fingers and just being the same player. This guy’s been so, so good for us the first two seasons, and even at the start of last season, he had four goals. I think he still ended up almost joint-top scorer. I can’t write him off, I really can’t.”

It was always going to take some time for Jimenez to get back into the swing of things following such a big injury, and the fact that he’s getting into positions to have a shot and putting himself amongst defenders should be a huge positive for Wolves fans.

If they were to turn on Jimenez and want him dropped for Fabio Silva, who is their only other senior recognised striker with a season of Premier League experience and has scored just four goals in 41 appearances for the club, when you compare that to Jimenez, who has netted 17 and 13 goals during his two previous seasons respectively in the Premier League for Wolves, it would be a slightly bizarre decision.