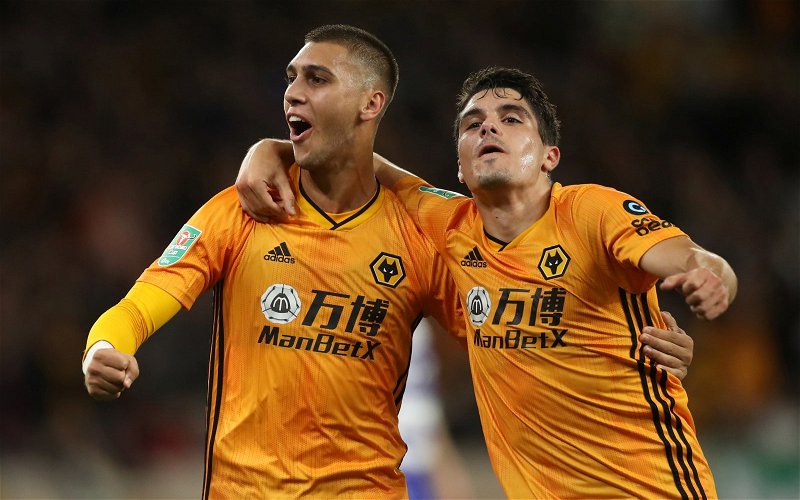 Speaking on the Talking Wolves podcast, presenter Tom Parker admitted he was excited to see Bruno Jordao given a chance in the side.

It has been a frustrating start to the season for Wolves, as they appear to be doing everything right on the pitch apart from putting the ball in the back of the net, with Bruno Lage’s side sitting joint-seventh in the league for expected goals and in the bottom eight for expected goals against.

Are you concerned by Wolves' start to the season?

Jordao spent last season out on loan at FC Famalicao, where he only managed to make 11 appearances after picking up a serious injury in January, which has seen him sidelined for 259 days as it stands.

Parker gave his thoughts and hyped up Jordao for this season.

“I’ll be interested to see Bruno Jordao this season. I can’t believe I’m saying that, but he’s coming back from injury. Listen, I think he could be a really solid player. I’ve been banging the drum for a while now and he scored that goal against Reading and then got injured.

“Genuinely, I think Jordao could be a decent player, he’s not going to pull up any trees, I don’t think, but I don’t see any reason to write him off, you know, he’s barely played for us. Under Bruno, I think he can get the best out of him.”

TIF Thoughts on Jordao and Wolves…

Given that one of Wolves’ central midfielders is 35 years old in Joao Moutinho, bringing in some more youth and energy could help them to plan for the future, and potentially have a midfielder with fresher and younger legs to help in the final third and arrive late into the box.

Wolves have only managed to score two goals in the Premier League all season, with both of them coming in their sole victory against Watford when they won 2-0 – and one of those was an own goal.

Despite Wolves’ apparent inability to score a lot of goals, they do have several options who should be able to cause problems in the final third, with the likes of Raul Jimenez, Adama Traore, Francisco Trincao, Daniel Podence and Fabio Silva all having featured heavily for Wolves this season.