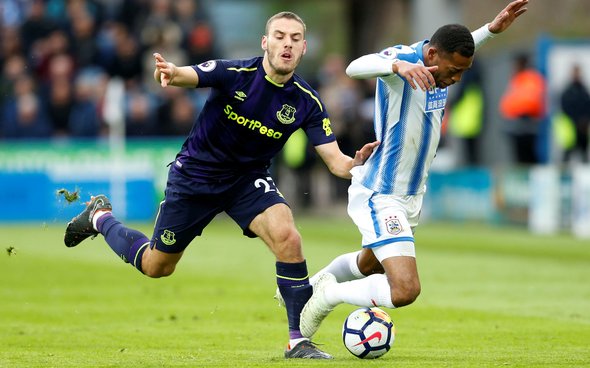 West Ham United insider @ExWHUemployee has been sharing his thoughts on the possibility of Hammers attacking-midfielder Nikola Vlasic playing as a striker in the absence of Michail Antonio.

This comes after Ex co-hosted a recent episode of The West Ham Way Podcast where he spoke about a variety of topics concerning the east London club.

After Antonio received a red card during the club’s recent 0-0 draw against Southampton in the Premier League, resulting in him picking up a one-match ban that will see him miss their next league match against Manchester United, Ex had this to say about how could replace the striker for that match. (10.20)

He said: “It’s a tough one, isn’t it? I mean, it’ll obviously be the false nine and it’s just who you play there I mean, I thought Vlasic was one of the positives [against Southampton].

“I thought he came on and showed some good touches and seemed confident and seemed like he could run with the ball well, and get into good positions, and so on.

“So, you could argue he could be the forward, which would be quite tough to do when he’s obviously new at a club, and it’s not his natural position, and so on.”

West Ham signed Vlasic during the recent summer transfer window at the end of August on a five-year deal for an undisclosed fee from Russian Premier League club CSKA Moscow.

Given how Vlasic only made his first appearance for the club in the game against Southampton where he came on as a substitute in the second half of the match, it would seem tough on the player, who predominantly plays as an attacking-midfielder, to play in the striker position in the early days of his time with the club.

Would you start Vlasic as a striker against Man United?

In our view, we feel that it would perhaps be better if Moyes chose someone who can play in that position a bit more comfortably than Vlasic such as Jarrod Bowen or Andriy Yarmolenko who have both been at the club longer than Vlasic.