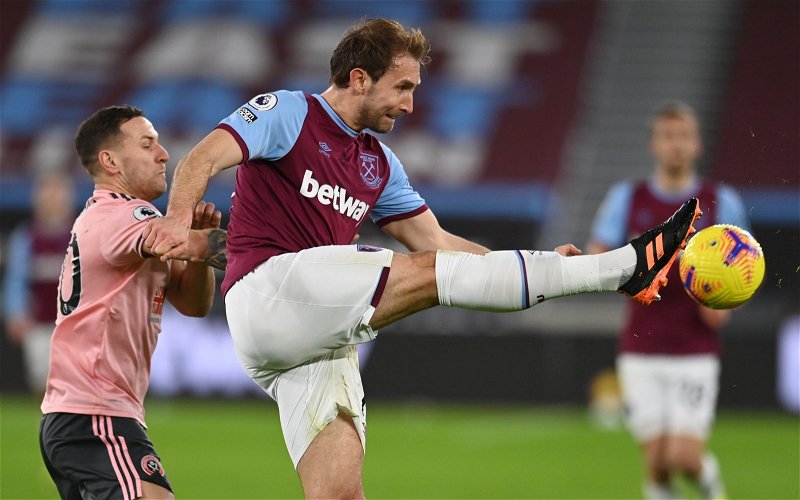 West Ham United insider @ExWHUemployee has been sharing his thoughts on Hammers defender Craig Dawson and his role in the team moving forward.

This comes after Ex co-hosted a recent episode of The West Ham Way Podcast where he spoke about a variety of topics concerning David Moyes’ side.

During the podcast, Ex’s co-host Dave Walker said that Dawson has apparently become the victim of some criticism from some West Ham fans this season, which probably makes sense considering he only managed to earn himself a match rating of 5/10 from Football.London for his performance during the club’s 0-0 draw against Southampton at the weekend.

“But, what I am going to say is, I think people are being very harsh on him saying he’s [bad] and he shouldn’t be anywhere near the team that is harsh, because last season, he proved he can play well.

“This season, I don’t think he was terrible against Southampton, there was a couple of times when I thought oh my gosh, really heart in the mouth moments and he’s probably the centre-back out the two of them, out of [Angelo] Ogbonna, that I trust the least.

“So, for me, I think it’s harsh, very, very harsh that fans are on his back already, but on the flip side, I would bring Zouma in for him now.

“I’d have Zouma and Ogbonna as our two centre-backs.”

Despite the apparent criticism around Dawson for his performances so far this season, the fact that Dawson has played every single minute of action for the Hammers in the league suggests to us that he is seen as their first-choice centre-back alongside Angelo Ogbonna who has also played every minute so far this season.

Do you think Zouma should come in ahead of Dawson?

In our view, we feel that considering West Ham have conceded five goals in their four opening league games of the season, perhaps swapping Dawson for Kurt Zouma, who the club signed during the recent summer transfer window, could help the team improve defensively, as Ex spoke about in the podcast.