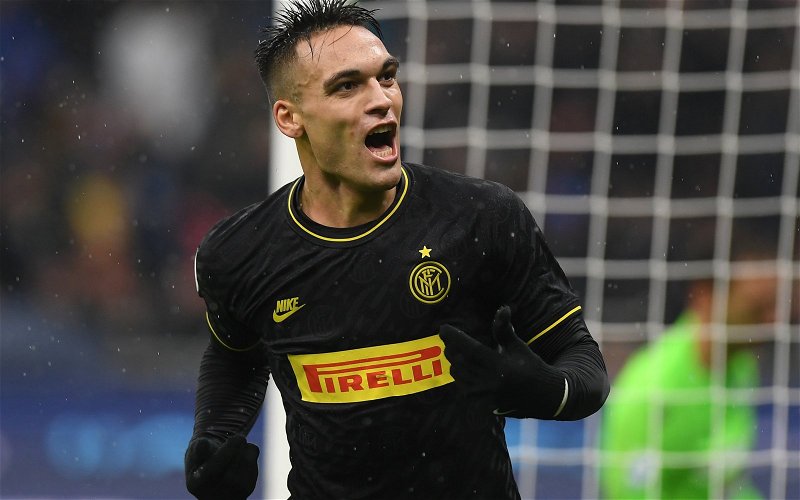 Arguably, the best piece of business Tottenham Hotspur did all summer was managing to keep their star striker Harry Kane despite interest from Manchester City, though reports were rife over the summer that they also wanted to bring in another striker.

Someone that Spurs seemed extremely keen on signing was Martinez from Inter, with reports suggesting that Tottenham were willing to pay up to £60 million for the Serie A champion, although nothing materialised, with Romano claiming this was down to Inter having already sold Romelu Lukaku in the summer.

Romano revealed the details of Spurs’ plans for Martinez as they negotiated a potential deal for the Argentine over the summer.

“The proposal was €70 million guaranteed, €10 million easy add-ons – so really easy to be reached [through] the appearances of the player with Tottenham – and €10 million related to the details of the most complicated part of the career of Lautaro Martinez, like winning titles and this kind of thing. So it was around €80 million: €70m guaranteed, €10m easy and €10m difficult.

“Inter were absolutely not prepared to sell Lautaro Martinez because this proposal from Tottenham was after they sold Romelu Lukaku to Chelsea for €150 million, they also sold Achraf Hakimi, so they were not needing money, and they decided to keep Lautaro Martinez.

“But from what I’m told, also Lautaro Martinez wanted to stay, he was not so tempted, because he wants to play Champions League football and so he was talking with Tottenham, yes, but [there] was not something agreed on personal terms or these kinds of things.”

Kane is currently the only senior out-and-out striker at the club and considering his injury record over the last few seasons, Spurs may be taking a huge chance by not bringing in a new centre-forward to play with, or as backup to, their main man.

Reports over the summer saw them linked with several high-calibre strikers such as Martinez and Dusan Vlahovic, with the two of them boasting impressive records in front of goal last season with 17 and 21 goals respectively. However, it looks like they will be banking on Kane’s fitness and the fact that Son Heung-min can deputise through the middle, as he has done for parts of this current season.

Following the news that Son is a doubt for Saturday’s match against Crystal Palace, Nuno Espirito Santo will be watching on nervously if Kane plays against Poland for the Three Lions, as you just have to look at last season to see how much Spurs struggled in front of goal besides Kane and Son, with the next-highest total from last campaign of those still at the club being Tanguy Ndombele and Lucas Moura with three goals.