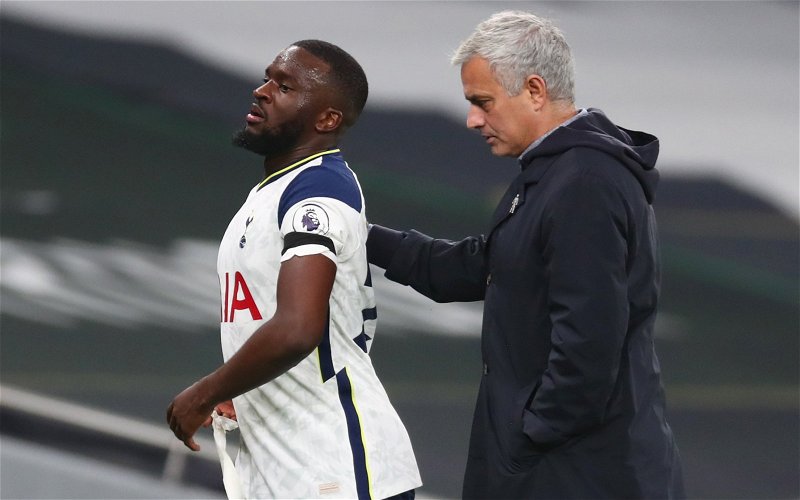 A whole host of Tottenham Hotspur fans are buzzing on Twitter with the latest Tanguy Ndombele news.

It appears to have been a very swift turnaround from Ndombele, who told the club that he wanted to leave during the summer transfer window but could be in line to feature in some capacity during their match against Crystal Palace, according to Nuno Espirito Santo.

Ndombele also is reportedly ready to fight for his place at Tottenham this season after not seeing any first-team action so far this term in either the Premier League or Europa Conference League, and the same reports, which come from Standard Sport, claim that the midfielder has ‘accepted that he needs to work hard‘ to get into the side.

A lot of Spurs fans have erupted on Twitter over this Ndombele news.

“The league isn’t ready for his return”

“If true that is unbelievably good news. A fit and committed Ndombele would make a huge difference to our prospects. A test for Nuno, making the most of the players available, (however difficult) is a talent the best managers should have.”

“It’s gonna be scary for the rest of the league”

Ndombele arrived back in 2019 from Lyon for £54 million, which is a club-record transfer fee, although he hasn’t yet lived up to expectations, judging by both his amount of appearances made and goals and assists racked up for Spurs.

Given that Oliver Skipp is a doubt for Spurs’ match this weekend, it could be an opportunity for Ndombele to prove his commitment and willingness to work hard if Nuno decides to pick him from the beginning.