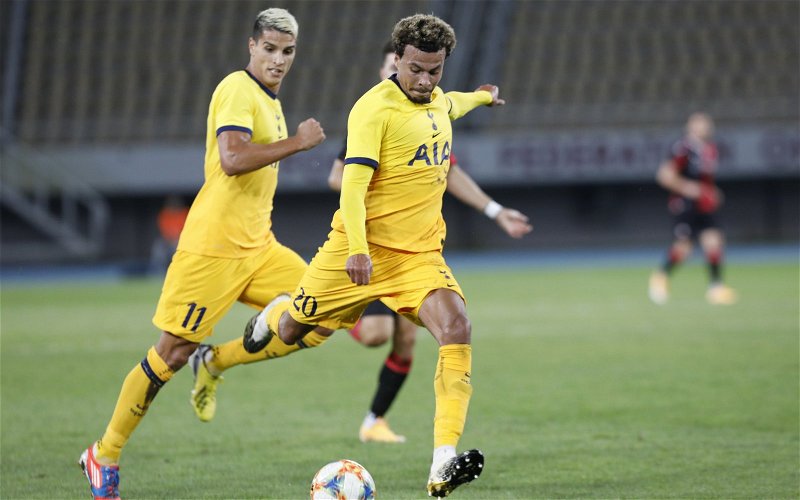 Tottenham Hotspur fans on Twitter have been sharing their criticism for Lilywhites midfielder Dele Alli and his latest performance for the north London club.

Coming off the back of a disappointing 3-0 defeat against Chelsea in their previous Premier League clash, Nuno Espirito Santo’s side took on their north London rivals Arsenal at the Emirates Stadium.

During the first half of the match against Mikel Arteta’s side, Alli’s display, in particular, caught the attention of a number of Tottenham supporters, but for all the wrong reasons, resulting in many of them flocking to Twitter to share their thoughts and opinions.

So, what did these Spurs fans have to say about Alli’s first-half performance against Arsenal?

“Dele Alli should have his contract terminated”

“Dele Alli shouldn’t be anywhere near this team…”

“Dele is a Championship type of player”

“Dele Alli is a disgrace”

“Dele Alli is so horrible I can’t be bothered”

“Get Dele Alli off the pitch now”

Looking at these tweets from this group of Spurs supporters, it’s clear that they were not happy with what they saw from the Englishman during the first half against Arsenal.

Moving forward, Alli and everyone else at the club will undoubtedly be hoping that he can put in a better shift during the second half of the game than he did in the first, if he gets the chance to do so, or else he could find himself on the end of even more criticism, or even out of the team altogether moving forward.

Have you had enough of Dele Alli? 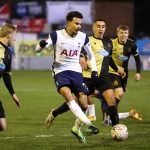 However, with Alli having played 90 minutes in all of Spurs’ league games so far this season the Arsenal clash, it seems unlikely, in our view that he could be dropped.

In other news: ‘Exactly what we don’t need’, ‘Goodness me’ – Many Spurs fans fume over transfer claim