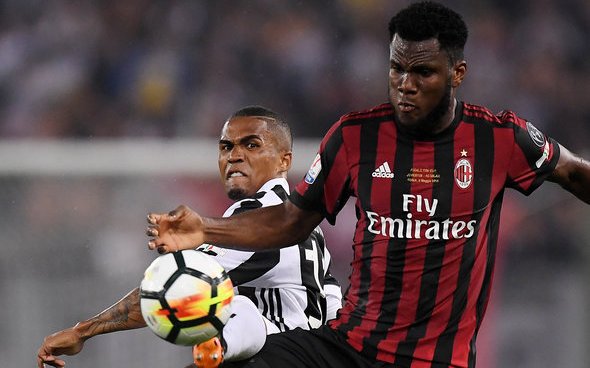 Tottenham Hotspur fans have been reacting to claims surrounding a potential move for A.C Milan midfielder Franck Kessie in the January transfer window.

Tottenham Hotspur were certainly busy in the summer transfer window, both in terms of incomings and outgoings, but it looks as if there is still work to be done at the club and they are already making plans for what is going to happen when the January window rolls around.

According to a report from CalcioMercato.com, Nuno Espirito Santo’s men have shown an interest in the Ivorian midfielder, valued at £49.5m on Transfermarkt, and are willing to offer him a contract worth €8m a year (roughly £130,000 per week) in order to entice him to make a move to North London. The report states that he and the club are reportedly apart when it comes to sorting out a new contract for him, with his current one expiring next summer.

This news was relayed by @TheSpursExpress on Twitter for fans to react to, and they seemed to be pretty excited by the prospect of him signing:

@thfc_joshh
“Come on Paratici. Cook mate. Cook.”
@otheranthony
“Pay him what he wants we struggle in CM so much”
@SaintGarvz
“I’m literally on my knees”
@THFCHarvey18
“Siuuuuuuu”
@cui_yulong
“We really need him in our team”
@pahannas
“Oh my paratici you’ve done it”
@joe1loww

Although with A.C Milan in the Champions League and Tottenham in the Europa Conference League for this season, it might take more than just money to convince him to make that much of a step-down, hopefully they can get him to buy into the club’s future as much as the present.

In other news: ‘Tools to become elite’, ‘Literally is generational’ – Many THFC fans blown away as stats emerge