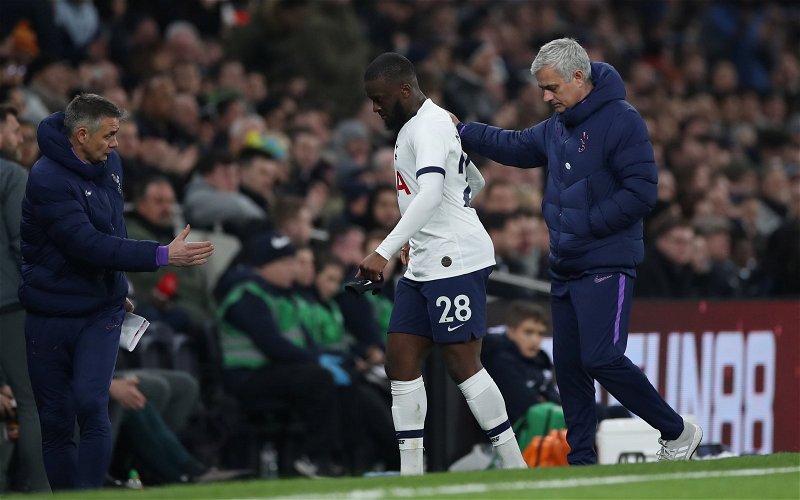 A lot of Tottenham Hotspur fans have taken to Twitter to voice their frustrations at a claim to emerge regarding the future of Tanguy Ndombele.

According to the Evening Standard, Nuno Espirito Santo and Fabio Paratici are set to hold ‘crunch talks’ with the Frenchman this week with patience at the club ‘wearing thin’.

Do you want to see Ndombele sold in January? 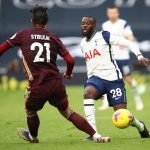 The Frenchman’s future has been under a lot of speculation this summer, with the 24-year-old believed to have told the north London club of his ambition to leave.

However, the Lilywhites were unable to find a buyer for their club-record signing and these fans were clearly frustrated with him over the recent events to have been reported.

“The lad needs it. Another issue that Jose glossed over.”

@spurspaul4
“This is ridiculous… Shocking behaviour, what’s wrong with the guy, this is his 3rd season! What a waste”
@CNK82
“Dock his wages”
@LawrenceMealing
“Has to go. He disinterested”
@BeattyBrian
“Adel Taarabt MK II”
@Jer5eySpurs
“He is far too weak in defence. I’ve seen fans compare him to Mousa Dembélé – there’s a major difference between them. And since Nuno won’t play Ndombele in any of the winger positions there’s probably no bright future for him in Spurs.”
@Larsa16
“With a World Cup looming, hopefully he wants to play football.”
@pjmck74

Ndombele is yet to feature for Tottenham under Espirito Santo since he arrived back in June, with the Frenchman not registered for their Europa Conference League squad at all.

With the midfielder now set to stay at Spurs until at least January, it is apparent these frustrated Spurs fans want to see Ndombele knuckle down and get himself back into the side.