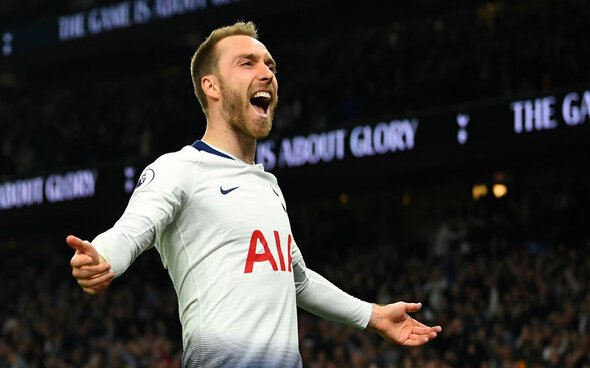 A question mark hanging over Spurs at the moment is who can provide their creativity in midfield having only scored three goals in their opening three Premier League games.

Who should play as the creative midfielder?

The Lilywhites lost Christian Eriksen to Inter last January. The Danish playmaker left the club having racked up an impressive 90 assists during his time with the north London side.

In his absence, Spurs have Giovani Lo Celso and Tanguy Ndombele to choose from with Dele Alli now taking up a deeper role under Nuno Espirito Santo.

Discussing his thoughts on the transfer window and how the club views the role of the playmaker among their current squad, Gold had the following to say on what he has heard from behind-the-scenes at Hotspur Way, as it appears that Ndombele is seen as a player that can fill Eriksen’s void at Spurs.

“I personally still wouldn’t like to see more Eriksen-type come in, who is very much set as an attacking midfielder/playmaker who plays higher up the pitch.

“I will balance out with what I’m told from Tottenham. People in Tottenham say, look, we believe Tanguy Ndombele can play that role. We believe that Giovani Lo Celso can play that role. And also Dele Alli is an attacking midfielder who can play in the centre. And you’ve also got Bryan Gil now and Lucas Moura who could also play as number tens as well. So I get that logic.”

There has been a lot of speculation surrounding Ndombele’s future this summer with the Frenchman reportedly wanting away from Spurs.

Ndombele has had a turbulent time at Spurs so it will be interesting to see how he will react having not got the summer move he reportedly wanted.

We think Ndombele and Lo Celso are Tottenham’s most creative midfielders they have at the club currently, however, they only have a combined 12 assists during their spells at Spurs.

After the summer of speculation and the departure of Serge Aurier and Moussa Sissoko, we are intrigued to see whether Ndombele can finally kick start his Spurs career or continue to have question marks surrounding his attitude.