Tottenham Hotspur: A lot of fans are delighted with Aurier leaving the club 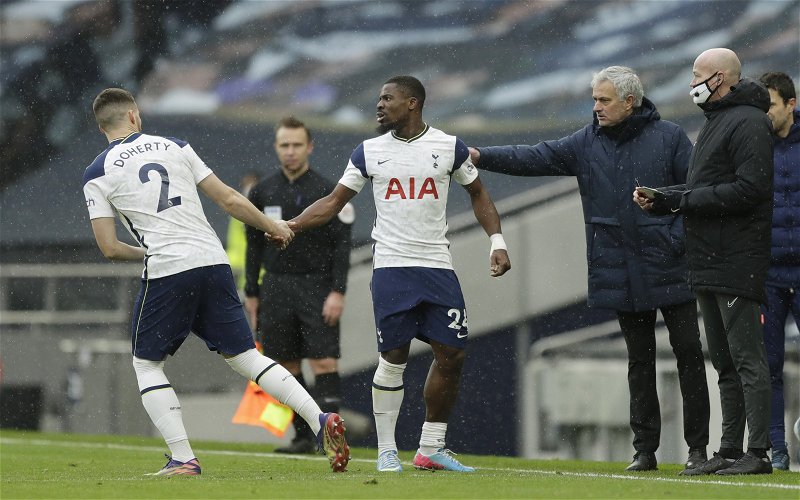 Many Tottenham Hotspur fans have reacted positively on Twitter following the announcement of Serge Aurier’s departure.

The Ivory Coast international had not featured at all this season under new manager Nuno Espirito Santo as his future was constantly up in the air, with talk of him leaving Tottenham and linking up with former manager Mauricio Pochettino and playing for his former side Paris Saint-Germain.

Are you happy with Tottenham's transfer window?

Now though, it has been confirmed that the right-back has left the club after both parties managed to come to an agreement and mutually terminate his deal, with Aurier leaving Tottenham having made 110 appearances for the north London side.

A whole host of Spurs fans were buzzing on Twitter with this Aurier news.

“That’s one way to finish a transfer window”

“Great news, massive bad egg, nowhere near as good as he thinks he is”

“Best news of the transfer window. Was never good enough for Spurs. Always had a mistake in him. Poor quality. Mentally weak.”

Aurier’s future at Spurs may have come under further scrutiny once it was confirmed that Tottenham had signed Barcelona right-back Emerson Royal on a permanent deal, as well as Matt Doherty presence at the club, having previously played under Espirito Santo.

The right-back was part of the Tottenham squad that reached the Champions League final when they lost 2-0 against Liverpool, but it’s unlikely that Aurier will be missed by Spurs fans judging by their replies on Twitter and that he made the most mistakes leading to a shot by an opponent in the entire squad last season (via FBRef).