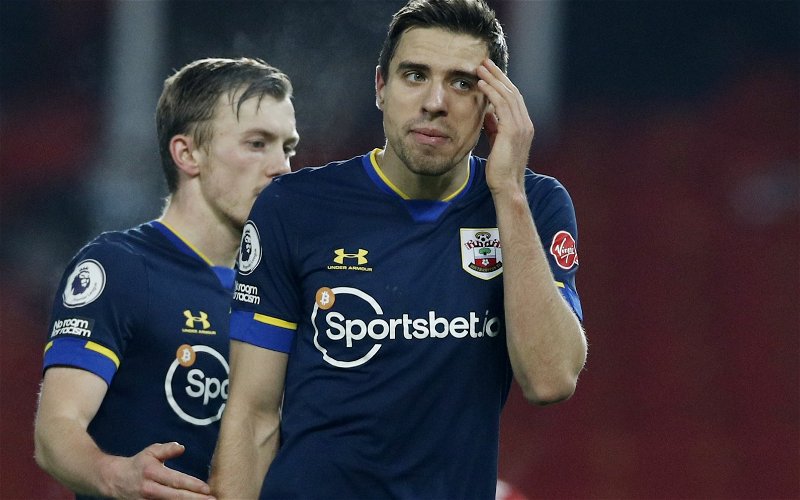 Southampton writer Steve Grant has accused defender Jan Bednarek of being a ‘weak link’ following his role in the club’s recent loss.

The Saints fell to a disappointing 1-0 loss at home against Wolves this weekend, which leaves them sat all the way down in 16th position on the league table.

The deciding goal came when opposition goalkeeper Jose Sa sent a long ball downfield which the Saints defender failed to deal with. In particular, Bednarek looked poor as Raul Jimenez then waltzed past him to score his first club goal since October 2020.

While speaking about the incident on the Total Saints podcast, Grant came to the conclusion that perhaps the Polish defender has been an unspoken weak spot at the heart of the club’s defence.

He explained himself, saying: “I mean, he’s [Jimenez] done well to score from the position where he eventually got the ball, but good lord, what the hell was Bednarek doing?

“I mean, he’s had probably two efforts to kind of wrestle him, hasn’t got anywhere near him on either of them, and then ends up on his backside twice. It’s just horrendous.”

He then concluded: “Maybe that’s kind of been a bit of a trend that we’ve not really noticed over 18 months or so, where, actually, maybe he’s [Bednarek] been the weak link at the back.”

Bednarek has been on the bench at the start of four of the Saints’ six league games so far this season, which does suggest that Ralph Hassenhuttl does perhaps not trust him so much.

However, a recent injury to Jack Stephens will likely thrust the 25-year-old into contention for a number of upcoming fixtures.

Should Jan Bednarek be dropped for Southampton's next game? 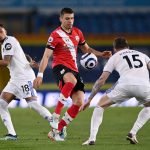 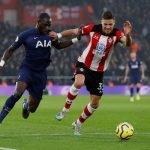 Bednarek has at least played plenty of Premier League football over the past few seasons, having featured over 100 times in England’s top division for the south coast club.

Hopefully, for Southampton, he can rely on that experience to improve his form and convince his doubters of his quality.