Windass: Manchester United players will be looking forward to play alongside Ronaldo 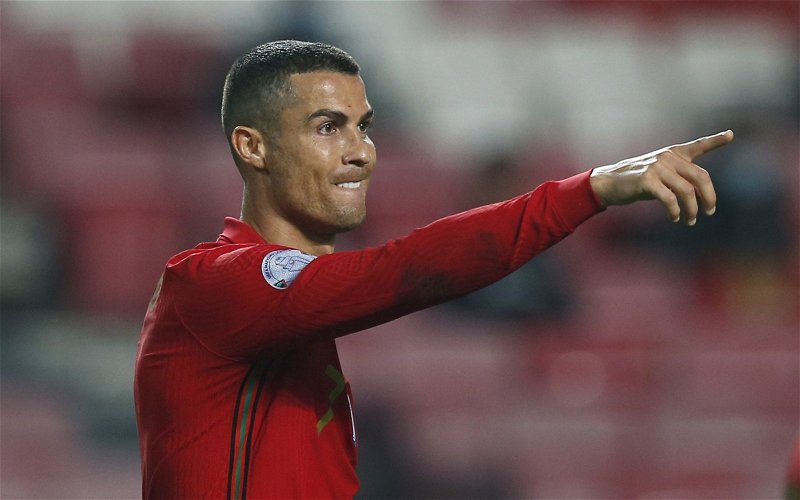 Former Premier League striker Dean Windass believes that the players at Manchester United will be looking forward to playing with Cristiano Ronaldo.

The Portuguese international broke the record for the most international goals scored in men’s football history after scoring twice for Portugal against Ireland earlier this month. Ronaldo overtook Iran’s Ali Daei who scored 109 goals in 149 games, as the Portuguese attacker took his tally to 111 goals in 180 matches [ESPN].

It’s been a brilliant few days for Ronaldo, as prior to breaking the men’s international scoring record he completed a move back to Manchester United.

The five-time Ballon D’or winner penned a two-year contract at Old Trafford with the option of a further year and Windass believes that the United players will be elated to play alongside Ronaldo, who scored a brace against Newcastle United on his second debut for the Red Devils, telling This is Futbol:

“I know they’ll be a lot of players saying ‘blimey’, Harry Maguire, playing at Sheffield United five or six years ago and now he’s playing in the same team as Ronaldo, I bet he’s pinching himself. Imagine walking in the changing rooms and he’s sat next to you, wow!”

Cristiano Ronaldo has a phenomenal goalscoring record throughout his career as he has scored 674 goals in 895 games and has also provided a further 229 for his teammates.

The 36-year-old joins Jadon Sancho, Raphael Varane and Tom Heaton in joining Manchester United this summer and after a very good transfer window, the Red Devils will be hoping to land some silverware this season.