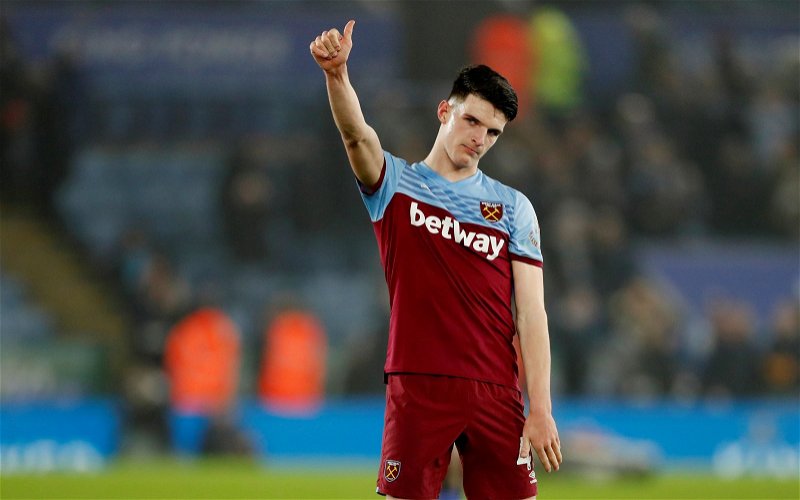 Over the summer, the Red Devils recruited a number of high-profile signings, such as Cristiano Ronaldo, Raphael Varane, and Jadon Sancho.

Despite this significant squad improvement, much has been made about the lack of quality in the middle of the park. According to Romano, it seems as if the club are also aware of this issue and will hope to address it in the near future.

While talking on the Rio Ferdinand Presents FIVE YouTube show, the Italian journalist explained how Rice would be a key priority for the club going forward.

He said: ‘Declan Rice, I think is the biggest name for United, as you mentioned, because he’s the perfect player maybe for this position.

“So it’s about the money, but this kind of player is the perfect player, and they’re scouting him [for a] long time. They wanted him also last summer.”

While Ronaldo has settled in fairly quickly to life back in Manchester – scoring four goals in four games so far – the club still seem to have some familiar frailties.

Indeed, losing three of their last four games suggests the club are apparently just as vulnerable during matches despite adding the prolific Portuguese striker to their ranks.

Rice, however, continues to impress with West Ham United, who beat the Red Devils at Old Trafford in a recent Carabao Cup match.

Perhaps the English midfielder would be the key ingredient to help the Manchester side reach their full potential, but with the transfer market shut, this move won’t happen until January at the earliest.