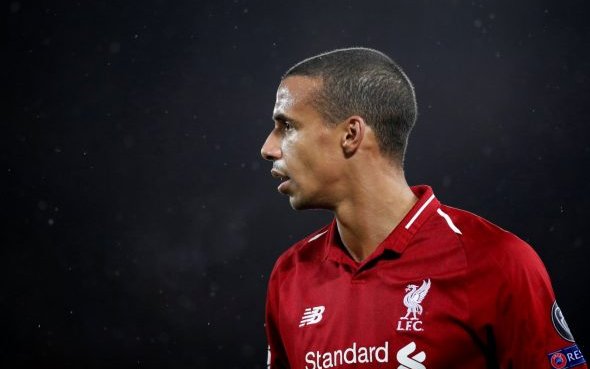 Liverpool writer Gareth Roberts claimed that defender Joel Matip is a ‘brilliant playmaker’ and ‘will play a huge part’ in the club’s current season.

The 30-year-old has played in four of the Red’s five Premier League games this season and is yet to taste defeat. On top of that, his side have only conceded one goal in the competition with Matip on the pitch – which came in the club’s home match against Chelsea.

But, in the eyes of Roberts, the centre-back deserves credit for what he brings to the game beyond his defensive skills.

While speaking on The Red Agenda podcast, the journalist claimed that Matip’s ‘beautiful’ ability with the ball at his feet deserves more credit.

He said: “No one references Joel Matip and he’s been a brilliant playmaker for Liverpool from the back.

“It almost feels like opposition are like, ‘Oh yeah, let him have it, you know, he looks a bit mad, him, his legs are too long or whatever’.

“And then he’s strolling into midfield going past players, laying off beautiful balls. And I think he’s absolutely class, Joel Matip. If we can keep him fit all season, he will play a huge part in Liverpool winning something.”

Having made such a strong start to the season, both Matip and Liverpool do look capable of winning something this term.

However, they were derailed by injuries last season and keeping in mind Matip’s past struggles with fitness, doubts will still remain over his ability to turn up for the team when most needed.

Indeed, the Cameroon international missed 115 days (22 games) of football with an ankle injury last season and that wasn’t the only time he’s missed a lot of matches in recent years (via Transfermarkt).

Still, if the 30-year-old can stay fit, his club could be set for a successful campaign.