Liverpool: Gareth Roberts claims club will be motivated to win league in front of fans 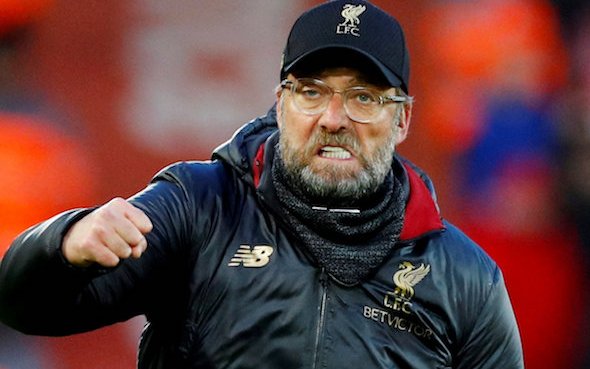 Gareth Roberts of The Anfield Wrap has claimed that Liverpool will be motivated ‘behind the scenes’ to win the league this season in front of their fans.

The season before last, the Reds lifted the Premier League trophy for the first time in their history. The title was also the first time they’d won England’s top division since the 1989/90 season.

However, taking some of the gloss off their achievement was the fact that it had to be done in front of an empty stadium. Due to further restrictions amid the pandemic, they could not celebrate with fans in the usual manner.

By the time fans were allowed back in stadiums at the start of this season, Manchester City had already won the next league title and so Liverpool’s opportunity to celebrate properly had passed.

While speaking on The Red Agenda podcast, Roberts explained how exactly this could motivate the club.

He said: “I’m sure what’s being said behind the scenes, as well as being a bit of an underdog, is let’s go out and win this league again and let’s have the party that we should have done last time.

“Let’s do it with a full Anfield, let’s see what the city’s like when you bring a title back. Because Klopp, if you remember, obviously said, ‘well, we’ll have the party whenever we can have it’.

“And then [the] pandemic, everything else, lasted so long, that actually, by the time we can get back in the ground, already another team had won the title, so obviously you couldn’t celebrate it then.

“So I think that’s a motivation there, and I think they look really fired up for it.”

After finishing the season way off the pace last term, Liverpool will certainly hope to mount more of a challenge this time around.

With Virgil van Dijk fit and playing again, the Reds do look like a strong outfit at the start of this season. Indeed, they have already won four of their opening five games, drawing the other.

As things stand, they sit second in the Premier League table, but as we all know, there is such a long way to go that anything can happen.

Still, perhaps Roberts is right and that desire to win the title in front of their own fans, at last, will provide the telling motivation for Liverpool this season.