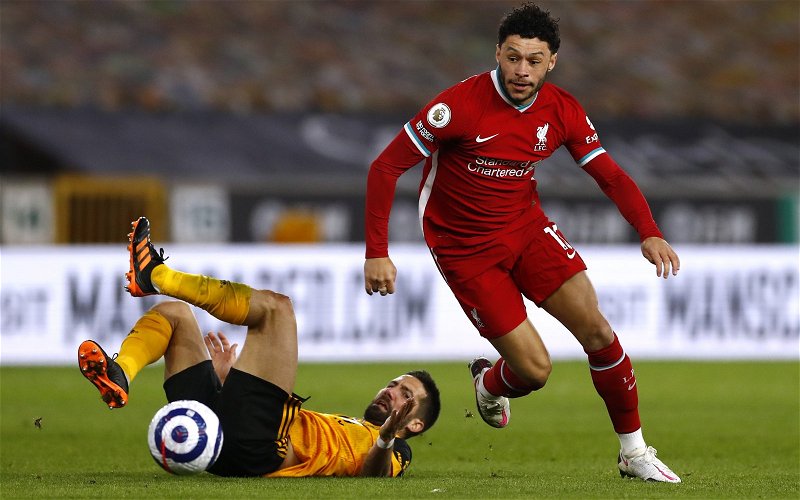 The 28-year-old started Liverpool’s first Premier League match of the new season, a 3-0 victory against Norwich City, but hasn’t got on the pitch since following the birth of his son.

Throughout his time at Anfield, Oxlade-Chamberlain has featured in 105 games, scoring 14 goals and providing a further 11 assists for his teammates, however talkSPORT claimed last month that the club and Jurgen Klopp were open to offers for him.

Oxlade-Chamberlain has had some bad luck with injuries that have kept him out of the team, but he will be hoping all the injuries are behind him and he can have a good run in Jurgen Klopp’s side, with Jemson saying he is a great player.

He told TIF: “I think he’s a great player. I think he’s someone that’s been very unlucky with injuries, you know he’s a very underrated player at times and listen if you have two or three bad injuries like he’s had, it’s going to knock you a little bit.

“Hopefully he can have a good run of football injury-free and he might just be that one player that comes out looking like a problem player. He’s got it all, he’s got the vision, he’s got the athleticism, he’s got the technique.”

Liverpool have started the season with two victories from two games and will be hoping to be title challengers in the Premier League once again this season.