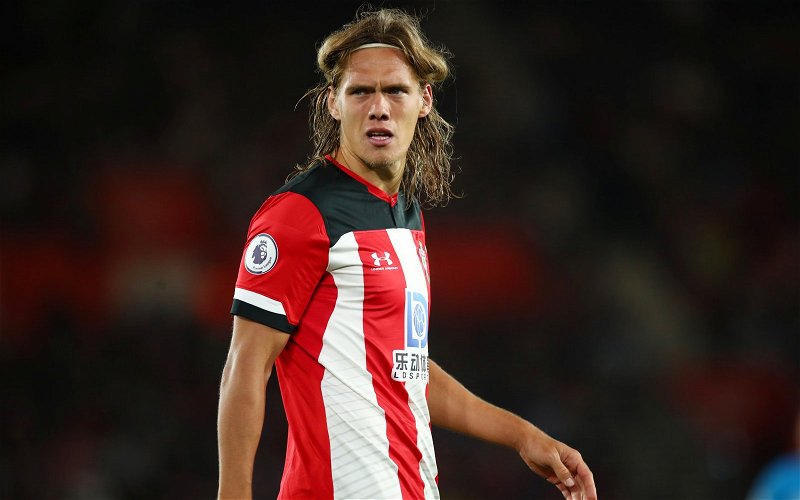 Football Daily and Sky Sports presenter Joe Thomlinson has claimed that the signing of Jannik Vestergaard is out of keeping with Leicester City’s usual transfer model.

Earlier this summer, the Foxes completed a reported £15m move for the central defender, who left Southampton for a contract that will keep him at Leicester until 2024.

The club were possibly forced into making a rushed transfer as key defensive options Wesley Fofana and Jonny Evans both have long-term injury concerns.

Still, while speaking on the Football Daily show, Thomlinson outlined why he feels the 29-year-old does not represent the modern traditions of Leicester signings.

He explained his thoughts, saying: “Not sure on the Vestergaard transfer. Not the biggest fan of that move, that feels like an un-Leicester-like move.

“I know that Vestergaard had one year left on his contract and Leicester had huge central defensive issues with Fofana’s leg break.

“They could have had Kristoffer Ajer for less than they’re paying for Vestergaard here. I’m slightly suspect about that one.”

Considering the Foxes went out and signed key centre-backs Wesley Fofana and Caglar Soyuncu when they were both young – 19 and 22 respectively – it’s easy to see the point Thomlinson is trying to make.

However, he shouldn’t be quick to forget the signing of Jonny Evans, who joined Leicester as a 30-year-old having just been relegated with West Brom. Since then, Evans has gone on to establish himself as a key player with over 100 appearances for the side.

Regardless of the fee, Vestergaard comes with proven Premier League experience and therefore should be able to do a decent job for the club while Fofana and Evans remain injured – so he could yet prove his doubters wrong.