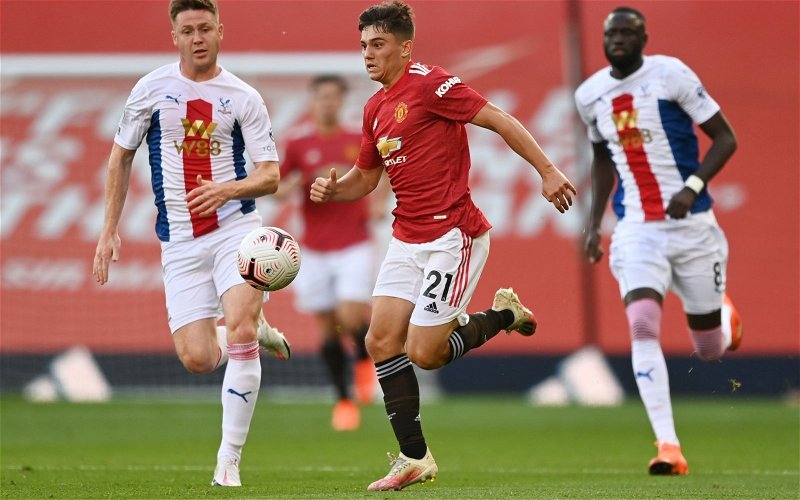 Leeds United presenter Joe Wainman has been sharing his thoughts on Whites winger Dan James and what he can offer the team going forward.

This comes after Wainman recently uploaded a video onto his YouTube channel, where he spoke about the latest news topics to emerge concerning Marcelo Bielsa’s side.

After an interview with James was recently published by The Telegraph, where the Welshman said that he was bought by Manchester United for his “direct play, running in behind, running with the ball, trying things and not being afraid to lose the ball,” but eventually “started to come away from that and play a little safe,” Wainman had this to say about the player and his recent move to Leeds.

He said: “I think the Leeds United fanbase are a forgiving bunch, and as long as you give 100% – which I’ve no doubt that Dan James will – we’re on board with it.

“And all these things that he said he was initially bought for: the direct play, the running in behind, running with the ball, trying things, taking players on – this is what he will thrive doing at Leeds United and under Bielsa.

“Mark my words, we have got a gem in Dan James.

“He will go from strength to strength – I fully, fully believe in that. I can’t wait to see him in a Leeds United shirt.”

During his time at Old Trafford, James made a total of 74 appearances across all competitions in which he managed to score nine goals and provide nine assists along the way (per Transfermarkt), so it could be argued he is yet to peak in terms of his level of goal contributions in the top flight.

Do you think Dan James will improve under Bielsa?

Given how James managed to score three goals in his first four Premier League appearances for the Red Devils after he signed from Swansea City, but only managed to score three throughout the 2020/21 season backs up what the winger had to say in his interview about perhaps going from being direct in attack to playing safe, in our view.

Moving forward, if James is encouraged to play in his direct attacking style at Elland Road under Bielsa, then we feel this would definitely be a good way of getting the best out of the winger.