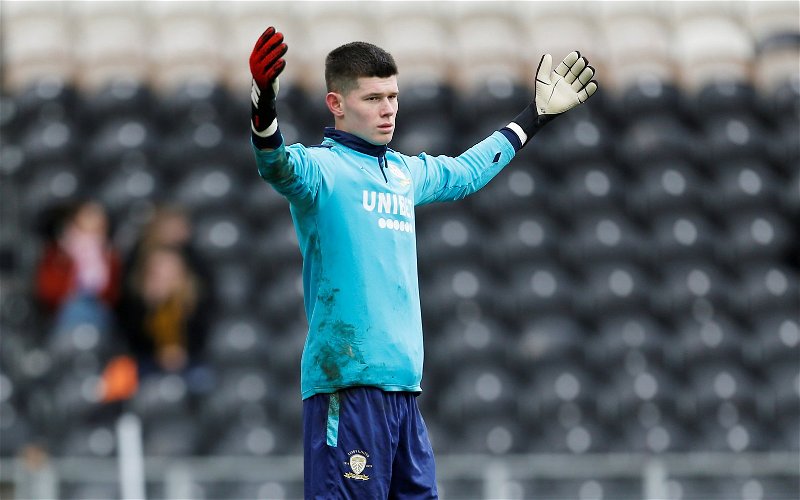 A number of Leeds United fans have reacted online after footage emerged online which showed Illan Meslier make a huge mistake while out on international duty.

The French shot-stopper was playing in an Under-21 European Championship qualifying match for his national youth team against the Faroe Islands when the blunder occurred.

Unfortunately for the youngster, the mistake proved to be pivotal as it allowed the opposition to grab their equaliser in a game that ended all square at 1-1.

A clip of the incident was shared on Twitter and shows Meslier charging out of goal only to have his pass intercepted, leading to the disastrous consequence – and it quickly drew a response from a selection of Leeds supporters.

“This is why goalkeeping is such a thankless task. Undoubtedly a really bad error and totally at fault for the goal but I bet there’s no videos of the outfield players missing loads of chances anywhere.”

@ben_rdfn
“Painfully slow to watch.”
@allleedsaway
“That’s poor from Meslier, but if you can’t score more than 1 with 17 shots against the Faroe Islands, you can’t blame the ‘keeper.”
@TSSLUFC
“Bad one tonight from Meslier.”
@LUFC_WorldWide
“Oh dear Illan. That’s a beasting for you at training pal #lufc #mot”
@LewyPearce
“That’s pretty shocking, Kiko-esque even”
@petermckinley3

Despite the mistake, Meslier’s reputation will hopefully not be damaged in any notable way. Leeds fans in particular should be supportive of their goalkeeper.

Will keep Illan Meslier more than 10 clean sheets this season?

After all, he did make history with their club last season as he began the youngest Premier League ‘keeper to keep 10 clean sheets.

Hopefully, for Leeds fans, the Frenchman will have a season with more moments to remember than ones to forget like this.