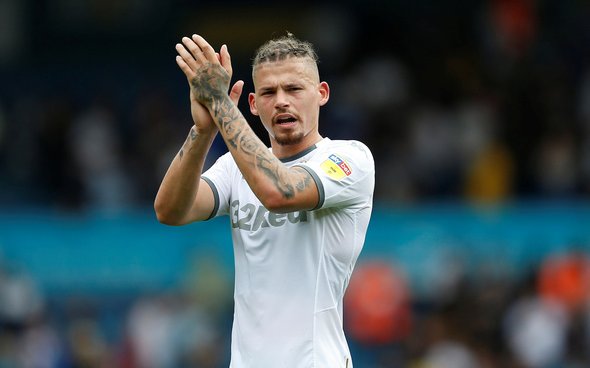 Leeds United fans have been reacting to comments made by Gabriel Agbonlahor on Kalvin Phillips’ future.

Phillips is someone that has been touted by other clubs for some time now, with reports back in 2019 suggesting that Aston Villa were prepared to make a sizeable financial commitment to bring him to Villa Park.

And having made such big strides in his career since then, establishing himself as an England regular in the process, it’s probably likely that there will be more offers coming in for him in the near future.

Speaking about his future in an interview for Football Insider, Agbonlahor felt that given his rise in recent years, if Leeds aren’t able to make further progress as a club, then Phillips might want to leave.

These comments were relayed to fans on the Leeds Insider Facebook page for them to react to, and it generated some interesting responses:

It’s a move you certainly wouldn’t blame him for wanting to make, but given that he’s a boyhood Leeds United fan, it might take a lot more than that to convince him to leave.